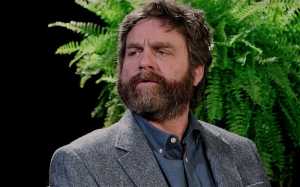 When Zack Galifianakis first dropped the Between Two Ferns web series ten years ago, it was original and funny and a bit alarming (you don’t expect Charlize Theron to admit she has peed her pants in a public interview).

The premise was deceptively simple, consisting of Zack, sitting in a deliberately low-budget-looking set surrounded by two plastic ferns, and interviewing a range of celebs. His character was venomous and abrasive, resulting in either shocked silence from his guests, or retaliatory rudeness. The short segments, usually only 3 or 4 minutes long, gained a kind of cult following, and a surprising amount of famous people allowed themselves to be humiliated (including Hillary Clinton and Barack Obama, alongside names like Brad Pitt, Sean Penn and Justin Bieber.

The last web segment was filmed in 2018, with the previous one being two years before that. And so, as these things go, a decision was made to revive the series, this time in a film format. And thus Between Two Ferns: The Movie.

While the structural integrity remains – the film is directed by Scott Aukerman, who co-created the original series, and Zack remains centre-stage – there’s something disarmingly nice about the production, which feels out of place. This includes a perfect-sunset kind of ending, which is really so not a Two Ferns thing.

There’s a vague attempt at a plot in order to justify why a movie would be made of a series of random interviews. In this case, Will Ferrell promises Zack his own premium TV spot if he racks up enough Two Ferns footage by a certain date. And thus Zack and team hit the road in search of gullible celebrities.

But the essential nastiness of the web series is gone, replaced by a more sanitised sense of humour. Sure, Zack gets a couple of quips in, and the guests are pretty cool, including Peter Game of Thrones Dinklage and Benedict Cumberbatch. However, it never reaches the full level of awfulness found with the web series (like when Zack tried to fondle a very young Michael Cera’s thigh. Creepy!!!).

If you’re signed up to Netflix and you feel like a light laugh then sure, go for it. But personally, I would rather go to the Funnyordie/Between Two Ferns website and download the back issues. That’s when stuff gets really nasty.

What: Between Two Ferns: The Movie 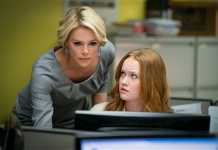 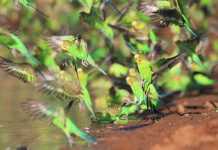