The Big 5 Comedy Show in Cape Town will feature some of the continent’s most sought-after performers in a comedy-and-music spectacular at the Grand Arena, GrandWest in Cape Town on 2 November 2019.

Stuart Taylor, John Vlismas, Schalk Bezuidenhout, Tumi Morake and Jason Goliath will take to the stage with plenty of fresh quips in their comedy arsenal. After last year’s sold-out shows, this year’s edition promises to be another ground-breaker as Schalk joins the Big 5 family. 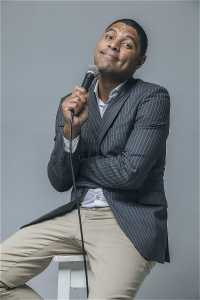 Entrepreneur, comedian and founder of Taylor Made Productions, Stuart Taylor (pictured left), once again returns as host and ringmaster, with the experience and know-how to keep his audience knee-slapping with mirth while introducing each of the Big 5 acts.

A modern David would never have faced up to Jason Goliath on the stage with his commanding stage presence, ridiculous amounts of energy and a comedy set focused on making audiences laugh at life’s uncomfortable truths. Part of one of the most recognisable brands on the SA comedy scene, Goliath & Goliath, Jason has been a firm favourite as part of the Big Five comedy brand and will be back to bring a whole lot of new LOL’s to the upcoming show.

Tumi Morake’s edgy and unpredictable brand of comedy has wowed audiences around the globe. She has earned her place as headliner in comedy and was the first woman to host Comedy Central Presents on African soil; she also took her one-woman show to the famed Edinburgh Festival in Scotland in 2013. From hosting her own late-night talk show, being a contributer on breakfast radio as well as being part of an impressive line-up on Netflix Comedians of the World, Tumi has truly earned her crown as the queen of SA comedy.

One of the heavyweights of SA comedy, John Vlismas needs little introduction after many years on the comedy circuit. Thought-provoking in his approach, he leaves no sacred cows untouched while bringing his audience a different perspective. 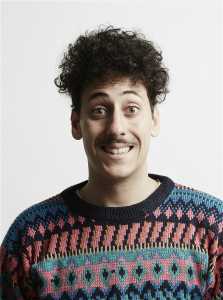 Schalk Bezuidenhout (pictured right), has become a comic-giant, having racked up several nominations and awards whilst storming on the domestic and international stage. His quirky ‘stache’ and ‘fro’ complement a sharp tongue and a unique take on modern society. This performer truly is the epitome of young and smart comedy, representing the future of this industry.

Returning for more, The King of Beats is back. Big 5 Comedy’s resident scratch boss and legend, DJ Ready D, will use his award-winning skills to create an electric atmosphere. But be warned – he may just having you dancing in the aisles!

What: The Big 5 Comedy Show in Cape Town

Where and when: Grand Arena, GrandWest on 2 November 2019