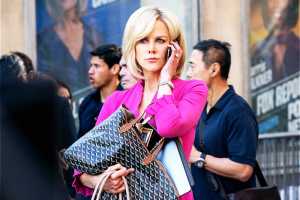 Bombshell with Charlize Theron and Nicole Kidman, the award-winning, Oscar-nominated film about the Fox News scandal, will be released in South African cinemas on Friday, 24 January 2020.

The sensational film is based on the real-life chain of events of the Fox News scandal, which saw multiple women accuse former Fox News CEO and chairman Roger Ailes of sexual harassment.

“One of the most compelling stories of the #MeToo movement is told unflinchingly, empathetically and authentically, with Charlize Theron completely nailing the knotty character of Megyn Kelly,” says Empire Online’s Terri White.

Directed by Jay Roach and written by Charles Randolph, Bombshell offers a revealing look inside the most powerful and controversial media empire of all time. Focusing on the battle to bring Ailes to justice, it follows the stories of two women in particular – Gretchen Carlson (played perfectly by Nicole Kidman) and Megyn Kelly (depicted by an almost unrecognisable Theron). Starring alongside these heavyweights is Margot Robbie, who has already won the Australian Academy of Cinema and Television Arts International Award for Best Supporting Actress for her role.

Both Theron and Robbie have raked in recognition for their respective roles, including Academy Awards, BAFTA (British Academy of Film and Television Arts) and SAG (Screen Actors Guild) nominations, among others. The film, in general, has garnered several accolades.

Where and when: Ster-KInekor and Nu Metro from 24 January 2020