Cape Town Opera’s announcement of what patrons can expect from the company next year was enhanced by performances from its soloists and chorus, making the elegant venue (the German Embassy in Bishopscourt) resonate with excerpts from Puccini and Humperdinck, as well as spiritual and African choral music, robustly rendered.

The year 2020 marks CTO’s 21st anniversary, and to celebrate its coming of age, the line-up of productions is both ambitious and eclectic: it will offer five central repertoire masterpieces and a brand new commissioned work, all calculated to display the calibre of the company’s performers. Matthew Wild, CTO’s Artistic Director, expressed delight at the reappearance on South African stages of stars originally from this country who will take time off from international careers to perform here in 2020.

Valentine’s Day brings Wild’s own take on the classic La Bohème, and he explained that it eschews the 19th century Parisian character traditionally associated with Puccini’s work; this is set in the swinging ‘60s of the last century, and invites reflection on youthful mistakes, aging, and regret – an even darker reading of the romantic tragedy than usual. Two new roles have been added to create an opportunity for veterans Brad Liebl and Aviva Pelham to participate, while returning South Africans Sarah-Jane Brandon, William Berger and Thesele Kemane will sing alongside the celebrated tenor Galeano Salas. 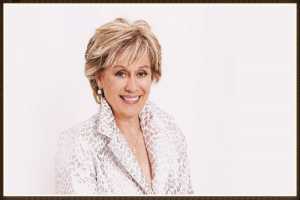 A major coup for CTO is the visit to these shores by iconic New Zealand soprano Kiri Te Kanawa (pictured left), who volunteered to mentor promising young singers with master classes in March, a busy month with a Duet Endowment Trust performance from CTO and the Cape Town Philharmonic Orchestra at Kirstenbosch Gardens, as well as a concert presentation of Beethoven’s Fidelio to mark the composer’s 250th anniversary and also Human Rights Day. The German libretto of this opera is being reworked in English by Standard Bank Young Artist Amy Jeptha, and soprano Johanni van Oostrum makes her début in the lead role of Leonore.

In keeping with CTO’s mission to produce new works, a collaboration in May with UCT’s Opera School will stage a commissioned chamber opera, Amagokra, by Sibusiso Njeza and Asanda Chuma Sopotela, together with Benjamin Britten’s church parable Curlew River; both feature the theme of women’s strength and suffering.

By contrast, the impish cynicism of Mozart’s Cosi fan Tutte (another UCT/CTO collaboration) sparkles in August under the direction of Steven Stead with a youthful cast, followed in November by a new version of Humperdinck’s Hansel und Gretel to round off the year, directed by Alessandro Talevi and with Brittany Smith and Ané Pretorius as the eponymous children. “Not kiddie-friendly at all,” warned Wild with a sinister smile. Clearly this will be in line with those dark and nasty interpretations of Grimm’s fairy tales…

But to reassure those attending the presentation that there is beauty even in stygian murk, Smith and Pretorius joined forces in a soulful duet as they sang the best-known excerpt from Humperdinck’s opera, The Children’s Prayer. Which left everyone anticipating a rich and varied year of opera in 2020.