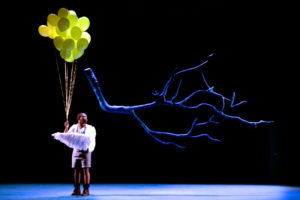 Cape Town Opera (CTO) will present The Magic Flute from 23 November 2017 at Artscape. Mozart’s two-act opera, which celebrates the power of music and love, features the famous ‘Queen of the Night’ aria and is one of the most frequently performed operas around the world.

This version of the popular work is given a unique edge. With an enchanting blend of visual wizardry and whimsical comedy, director Matthew Wild’s dream-like staging and Michael Mitchell’s poetic designs give new expression to Mozart’s fable about the power of music.

In the opera the Queen of the Night persuades Prince Tamino to rescue her daughter Pamina from captivity under the high priest Sarastro; instead, he learns the high ideals of Sarastro’s community and seeks to join it. Separately, then together, Tamino and Pamina undergo severe trials of initiation, which end in triumph, with the Queen and her cohorts vanquished. 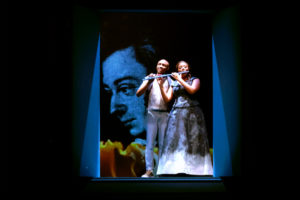 Protected by the magic of their enchanted flute, Tamino and Pamina discover that only music can lead them “through death’s dark night”. The earthy Papageno, who accompanies Tamino on his quest, fails the trials completely but is rewarded anyway with the hand of his ideal female companion Papagena.

A young cast of outstanding singers from Cape Town Opera and the University of Cape Town Opera School usher in summer with Mozart’s most joyful and uplifting masterpiece.

What: The Magic Flute