Mick Raubenheimer’s ROUND CORNERS mini interviews situate given artists outside their medium whilst peeking into their various worlds. In the second of two interviews with guitarist Jonathan Crossley and drummer Etienne Oosthuysen about futurefunk improv trio Deep Spacer (featuring Cesare Cassarino on bass), he chats to Etienne.

My musical journey started with my father who instilled a love of music in me. Some of my earliest memories is of us sitting together listening to Queen and Genesis. I took piano and guitar lessons in primary school, but it wasn’t until I saw a local marching band with an incredible drum section that my path became clear. Drums!

I studied music after school, but I realised that my heart was in performance. I joined several local bands and became involved in the Afrikaans music scene, touring and recording with artists including Karen Zoid, Arno Carstens, Dozi, Juanita du Plessis, Zak Van Niekerk, Robbie Wessels and many more.

In 2001 I got a call to play in the Pantomime, at the then Civic Theatre, and this is where renowned music director Bryan Schimmel saw me play and offered me a tour as percussionist for the Asian tour of ‘We Will Rock You’ starting in February of 2002. I went from one tour to the next playing drums in musicals including High School Musical, Grease, Evita, Dreamgirls, Little Shop of Horrors, Carrie as well as the Naledi award winning Knights of Music with Bryan Schimmel.

How did Deep Spacer come about?

Deep Spacer was conceived by Cesare Cassarino. We were booked together to play some shows for a local artist called Sabelo Mtembo and instantly recognised how well we played together. We later formed a group with saxophonist Janus van der Merwe called Tank. This is where we started exploring some electronic elements and the beginning of the idea where I would output midi tempo to ‘talk’ to Cesare’s vast live setup at the time.

The three of us had explored technology separately for years. Jonathan with his incredible work with the Cyber guitar, Cesare finding a way to transcend the electric bass as we know it through his explorations with synth and electronics, myself being introduced to electronic percussion instruments through the theatre work I’d done, where this technology is often a necessity.

Once this unit came together our collective experiences just made improvising together almost effortless.

I love film. I’m inspired by films that take you out of reality and tell a good story. They often go hand-in-hand with a great score that beautifully frames the emotion of a scene.

I recently watched Once upon a time in Hollywood directed by Quentin Tarantino. An odd story told beautifully with excellent cinematography and a killer soundtrack. The combination of great film and music has always inspired me, so it is difficult to choose just one artist.

I love the escapism film brings and how without music the genre rarely works. There are however exceptions like Michael Haneke’s Cache, released in 2005, that has no soundtrack at all.

Charl-Johan Lingenfelder is a tour-de-force music director, composer, and filmmaker who I have had the privilege of working with on several occasions. His collaboration with director Christiaan Olwagen, Kanarie, is a world-class South African film. His bravery and commitment to whatever he pursues is inspiring. He’s also just an all-round great guy. 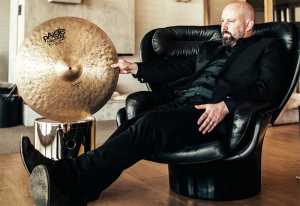 This is a hard one. I’m an avid listener of music, and the music I listen to changes often. I think it’s because being a musician myself I listen with an analytical ear and once I’ve analysed and absorbed what I can, I move on to the next. Currently I’m into a band Jonathan Crossley introduced me to called Battles.

There are five common functions of art: Personal, social, spiritual, educational and political.

I would say that right now art is a mirror held up for us to examine this new ‘locked down society’ we find ourselves in. The anger, fear, and uncertainty. Even the good things like getting to spend more time with our families. I think the social function is what people need most right now. A way to feel less disconnected.

Any current project you’re unveiling/wrapping up?

Look out for Deep Spacer’s new album 433 Eros. It launches at the National Arts Festival from 25 June 2020. Said launch will include audio responsive digital visuals.