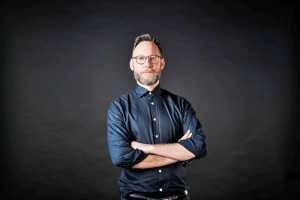 A calling in Cape Town, that’s what brought Erik Dippenaar, the soloist in the Cape Town Philharmonic Orchestra’s third concert in its Cyber Symphonies in Summer season, back to live here in 2013, says PETA STEWART:

Dippenaar, who received his PhD with his thesis focussing on the role historical domestic keyboard instruments played in the colonial process in Southern Africa, came back for a while to research material at source, and found his future.

“At the time the Cape Consort was very active, I met the new head of the College of Music at UCT, Rebekkah Sandmeier,  who suggested I do my PhD at UCT, and Quinton Crida invited me to work with Tinta Barocca Camerata. I never thought I would be able to make a career here but all the original research for my PhD is here and when in 2015 Quinton invited me to take over Camerata I realised I had really come home,” he says.

Asked about the musical influence in his life, he laughs.

“When I was 16, my teacher died and her husband asked me to clear her studio. I came across a CD with John Eliot Gardiner conducting the choruses and arias of the Bach Passions and Mass in B Minor. I listened to that CD for the next two years and more at least twice a day! It was the first recording I heard on period instruments and I couldn’t believe that the sounds made by Baroque oboe could exist.”

“Fascinating thing in the loft”

He grew up in Moreesburg on a farm where a piano was customarily part of the furniture, perhaps even a status symbol but for him it was more and lead actually to the subject of his thesis in which a piano (and keyboard instruments) are more than just for musical usage in the home.  His family wasn’t musical, and he started recorder and piano when he was young. At  8,he left a note for his mother beside the telephone : Erik wants to play the violin. His mother obliged and so he added the violin to his repertoire.

As a church going family, the 10 or 11 year-old Erik was soon exposed to “that fascinating thing in the loft”. It was mystical to him, and his parents asked the organist if he could play. Not only did she give them the key at a time when people were very protective of their pipe organs, but he was able to go and explore it in his own time, which usually meant a couple of hours on a Saturday, and a couple of years later he was accompanying the hymns

When he was 13, he was spotted by Stellenbosch lecturer Neil Pauw at the Sanlam music competition for primary children and Pauw recruited him, very advanced at a time when organists were only admitted at the age of 18! He began taking lessons with him at the Conservatoire.

“Pauw was an excellent teacher – very demanding. At 14 he gave me a project to learn all of Bach’s organ preludes, a sort of catalogue of techniques. A very special time.”

Dippenaar lived in London for the next seven years, and performing in many noteworthy early music festivals such as the Greenwich Early Music Festival and the London Handel Festival, the Brighton Early Music Festival. He also performed with the leading early music ensembles such as the Florilegium (also at the Concertgebouw in Amsterdam) and The London Handel Players, and the English Touring Opera. He gave many solo recitals and broadcasts for BBC Radio 3.

Before earning his MMus at the Royal College he won the RCM Early Music Competition twice.

As he looked into a PhD, he realized that he needed to do something connected to his own history and the colonial context. Hence the move back.

With all that happening, does he regret the change? Not a chance.

“I left South Africa in my early 20s because I thought I would never really be able to work in my field but I found that actually my work is here. I have been able to establish something new.  It has been very rewarding and I do feel I am making a difference.”  He also teaches at UCT.

One of the biggest differences he has made is in growing the whole Baroque musical scene with an annual festival and many concerts from recitals to chamber groups.

“The pandemic made me realize as we produced programmes for streaming that we needed to be able to show what we are doing and where we are doing it, hence the change of name from Tinta Barocca Camerata to Cape Town Baroque Orchestra. “

When asked what makes him tick outside of music, he was strangely speechless.

“I think about music all the time.”