Expedition Everest and Lost on Everest are two nail-biting and fascinating doccies which will be screened on National Geographic. 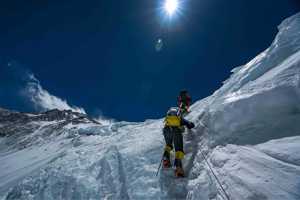 National Geographic has a long, deep-rooted history of traveling to one of Earth’s most extreme environments atop the highest peak in the world — Mount Everest — to investigate, observe and deliver powerful, groundbreaking stories, despite its risks. Since 1933, when the magazine published a story about flying over the mountain for the first time, to the National Geographic’s Society’s first grant in the region in 1948, to National Geographic’s very first television broadcast in 1965, which featured footage shot from Everest for the first time, our yellow border in exploring the mountain has been unmatched.

Continuing its rich legacy of Everest exploration with unparalleled access from renowned explorers, scientists, photographers and filmmakers, National Geographic (DStv 181, StarSat 220) once again ventures to the peak on 15 and 22 July 2020 at 7.20pm to combine high-altitude alpinism with cinematic storytelling for two original premieres: Expedition Everest and Lost on Everest. 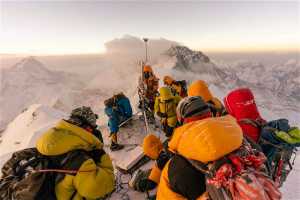 Starting at 7.20pm on Wednesday 15 July 2020, Expedition Everest follows a team of international scientists, climbers and storytellers to the top of the world’s highest peak to conduct the most comprehensive, single scientific expedition in Mount Everest history. The one-hour special, narrated by actor Tate Donovan, captures trailblazing climate research that is critical to understanding changes facing the mountain and its glaciers, and shines a light on the threats these changes pose to the communities that live downstream. The groundbreaking mission captures the drama the dedicated, elite expedition team faced and reveals the high stakes and motivations of those who risk their lives to discover the secrets of Everest.

Follow the team, with members from eight countries and half of whom were from Nepal, as they trek higher up the mountain, conducting valuable research along the way: 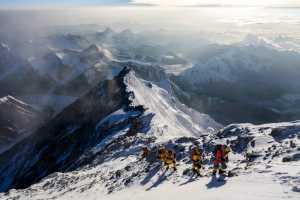 Beginning at 7.20pm on Wednesday 22 July 2020, Lost on Everest investigates one of exploration’s most perplexing mysteries: What happened to the great explorers Andrew “Sandy” Irvine and George Leigh Mallory, who disappeared on June 8, 1924, while attempting the first summit of Everest? The clues to solving this mystery lie frozen somewhere near the top of the world’s tallest mountain.

The one-hour special is led by journalist, climber and adventurer Mark Synnott, along with National Geographic photographer, climber and mountaineer Renan Ozturk; they are joined by a world-renowned team of professional climbers with more than 100 combined years of experience on the mountain. Together, they set out to find the body of Everest pioneer Irvine; solve the mystery behind his disappearance; and conclusively determine who successfully conquered the world’s tallest mountain — a feat that would rewrite mountaineering history.

While the main goal was to locate Irvine’s body and camera — Mallory’s body was located in 1999 — the expedition team members unwittingly found themselves also fighting for their lives while on assignment and faced harrowing obstacles, including the following: 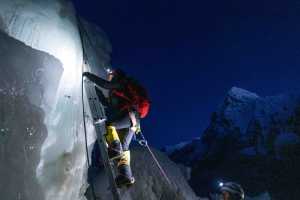 Lost on Everest features never-before-seen breathtaking images captured from high-altitude drones and new research from the preeminent Everest historian Tom Holzel, who utilizes state-of-the-art computer software to uncover photographic details. As part of the expedition, Ozturk captured a rare and breathtaking 360-degree panorama photograph of Mount Everest, which was featured in National Geographic magazine in 2019. More details can be found here.

“No mountain on our planet has been the subject of as much fascination and research as Mount Everest. Completing a climb is a strenuous and potentially deadly undertaking due to the extreme altitude, avalanches, icefalls, and other hazards. Now, new technology in both science and cinematography is opening endless possibilities for exploration and shedding new light on this iconic landmark, which is captured in these two exhilarating documentaries” said Evert van der Veer, Vice President, Media Networks, The Walt Disney Company Africa.

What: Expedition Everest and Lost on Everest