It’s been a decade since pianist Florian Uhlig has performed with the Cape Town Philharmonic Orchestra and it’s been a decade of excitement for him, says PETA STEWART. He  will perform the Mozart Concerto no 20 in D minor, K 466, on Sunday, 26  January 2020, with the American conductor Brandon Keith Brown on the podium. 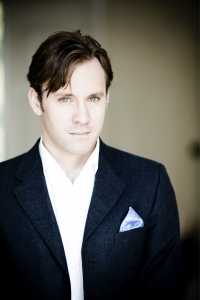 Florian Uhlig is delighted to be back in “beautiful“ Cape Town, with the CPO and also to be performing this particular Mozart which has good memories for him.

“I played this concerto for the first time at Johannesburg International Mozart Festival exactly 10 years ago and this lead to a warm relationship with the festival of which I soon became Artistic Director and still have great fun organizing it with Richard Cock,“ he says.

Uhlig was lucky to grow up, in Dusseldorf,  in a home with music.

“My father was an amateur pianist and actually my first teacher; there was always music in the house. My father loved jazz, my mother listened to opera and lieder. But it was only at the age of 18 when I left school that I decided to give music a go.“

Not that indications were not always there, for at the age of 12 he had already given his first recital. He went on to study in London at both the Royal College and Royal Academy of Music, and has been an associate of the latter since 2015. It was in London that he made his orchestral debut – with the Barbican Orchestra in 1997 and went on to perform with some of the world’s foremost orchestras such as the BBC Symphony Orchestra. He has worked with conductors like Krzysztof Penderecki and performed at many festivals such as the Beethoven Festivals of Bonn and Warsaw, the Menuhin Festival in Gstaad, the Hong Kong Arts Festival, the Mecklenburg-Vorpommern Festival, France Musique Paris, the Schleswig-Holstein Music Festival, the Schwetzingen Festival and the Vienna Festwochen.

He numbers Peter Feuchtwanger, his piano professor in London, and Hermann Prey, the legendary German baritone, as his mentors but adds “there  are many people to be thanked here and I am very grateful for all the inspiration“.

Uhlig divides his time between Dresden and Lübeck, where he was appointed Professor of Piano at the Hochschule, London and the rest of the world for his concerts with orchestra, in chamber music and recital for he is also a noted lieder exponent.

“ I am very happy with the current mix: my piano professorship in Lübeck and some exciting projects coming up in early 2020; a solo recital in Vienna; chamber music in New York and Washington; and Schumann’s Piano Concerto in Shenzhen/China,“ he says.
He also holds master classes in Germany, Great Britain, Canada, Hong Kong, South Korea, China and Switzerland. 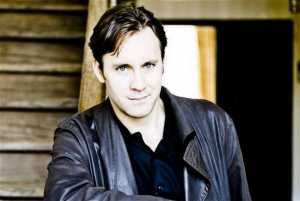 Uhlig loves great food and friends, and looks forward to reconnecting with friends  he made over the years here. He has performed for the Cape Town Concert Series and he collaborated with CPO principal guest conductor Bernhard Gueller in Halifax and both remember the acclaimed concert with great warmth.

He has produced a vast number of CDs, including 13 of a proposed 15 in his Schumann solo piano cycle, plus a further 15 other internationally lauded others, sich as the complete works for piano and orchestra of Robert Schumann and Dmitri Shostakovich, piano concertos by Ravel, Poulenc, Françaix, Debussy and Penderecki, and Ravel’s complete works for solo piano.

“I have a number of other recording projects on the go but news about them has to be under wraps for now,“ he says.

The last word:  “I love working with the CPO!!! So many happy memories of different concertos in the past: Mendelssohn Piano Concerto No 1, Schumann and Penderecki. I can’t wait to be back in beautiful Cape Town! “

What:  Pianist Florian Uhlig  with the Cape Town Philharmonic Orchestra