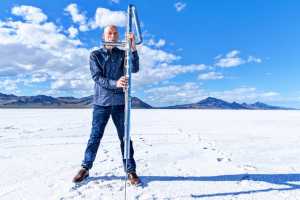 Globe-trotting South African flautist and composer Wouter Kellerman has been nominated for a Grammy Award in the category “Best New Age Album” for Pangaea, a collaboration with American composer and music producer David Arkenstone.

Wouter Kellerman has proved to be one of South Africa’s foremost musicians since launching his debut album Colour in 2008. In 2010 he performed at the FIFA World Cup Closing Ceremony to a global television audience of 700-million people. Wouter Kellerman has previously won a Grammy Award for his 2014 album Winds Of Samsara (the album debuted at Number 1 on the US New Age Billboard charts spending 11 weeks in the Top 10), and has been nominated in the Best Contemporary Instrumental category in 2015 as well. At home he has been the recipient of eight SAMAS to date. Over the course of nine albums, and through many high-profile live performances and collaborations, Wouter Kellerman has steadfastly built on the rigorous classical training of his youth, to create a signature sound that’s earned him both critical praise and multiple awards.

Over the past few years he has travelled extensively, performing in places like Berlin, Shanghai, Delhi, New York and Sydney, the Grammy Museum (LA), and sold-out concerts at Carnegie Hall in New York City (in 2014, 2015 and 2018).

Wouter Kellerman expressed joy at the news: “Wow, we’re so grateful for the nomination! We’ve penned the new music to express the hope that our fractured and divided world can forge a new identity where we stand and work together – a world where other’s interests are as important as your own. We look forward to taking your imagination on an adventure!”

All of this is a long way from his first appearance as a soloist with the Johannesburg Symphony Orchestra in 1981, those early days starting a journey that has seen the flautist take crossover world music to a global audience.

Pangaea is available on all digital platforms.  Download it here:  https://orcd.co/pangaea