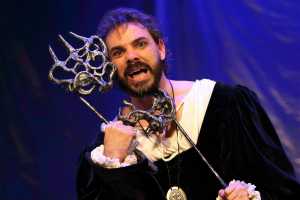 Hamlet at Artscape offers local theatre lovers and Grade 12 learners a last chance to see Abrahamse & Meyer’s acclaimed production, before the production transfers to the original setting of Shakespeare’s most revered masterpiece – Kronborg Castle in Elsinore, Denmark. The play will run from 1 to 9 April 2020 at Artscape.

The Abrahamse & Meyer production of Hamlet originally premiered at the 2015 National Arts Festival and has since played to rave reviews and standing ovations across Europe, South Africa and the United States of America. Critics have praised the production as a “tour de force” and “a masterpiece” while the critic for The Huffington Post in America stated “I thought I had seen a decent Hamlet before, but Abrahamse & Meyer Production’s Hamlet made my other viewing experience seem amateur by comparison. The excellent performances, innovative interpretations of the text, and bold design choices all came together to create a transcendent production that I will not soon forget.” 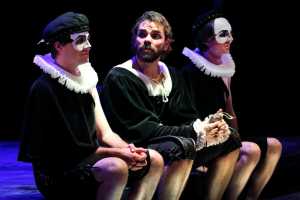 What: Hamlet at Artscape