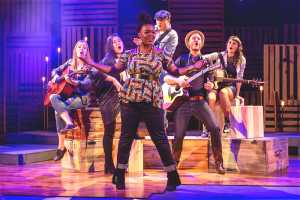 Growing up, Simon & Garfunkel formed an indelible soundtrack to my seventies. I couldn’t have said why, at the time, they appealed – even when I was studying serious classical music, and listening to heavy jazz, S & G were still able to strike a chord. It was only later, reading their lyrics, analysing their chords, that I realised just how clever they were. Initially, it was more of a gut reaction.

The combination of beautiful vocal harmonies, understated but crafted guitar accompaniment, and emotional arrangements was different to their peers – Dylan was too nasal, Joan too thin (vocally speaking, you understand – and this entirely a personal take). But S & G were phat, their songs were eclectic, they had a folk-slash-rock groove that was out there. And they were deep. Take America, a road-trip ode that has ever more resonance now, and still brings tears: “Cathy, I’m lost, I said though I knew she was sleeping | And I’m empty and aching and I don’t know why | Counting the cars on the New Jersey Turnpike | They’ve all come to look for America”.

So … to get to the point. I was really relishing the opportunity to revisit the repertoire live with Here’s To You, the S & G tribute show currently on at Theatre on the Bay. And I was not disappointed, not at all. 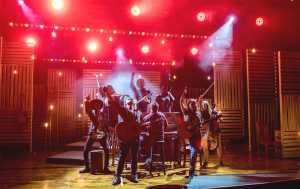 A pleasure to experience

Take eight highly talented singers/instrumentalists, and let them loose on a range of some of the best known, and some more obscure, S & G songs, and you have magic. I loved their versatility, the interchanging of vocals with percussion with guitar, ukelele, percussion, cello, penny whistle and more. Just loved it. And thoroughly enjoyed that some of the songs were performed as we would know them from the albums, and some were re-interpreted in the most creative ways, from gospel to Afro-rock and beyond. This is a talented crew, young and smart and gifted, and a pleasure to experience.

The show is slick, moving from song to song with seamless ease. The balance between more uptempo numbers, like You Can Call Me Al, to slower burns like Scarborough Fair, worked really well. And judging by the audience response, was very much appreciated. Also, the set – a warm wooden enclave highlighted by strategic and effective lighting – was pleasing to the eye.

If you’re a S & G fan, have good memories of their music and the times that went with them, then this is the show for you. And actually, if you’re a newbie, you might want to see what all the fuss is about. You’ll be happy, either way.

What: Here’s to You: The Simon & Garfunkel Songbook