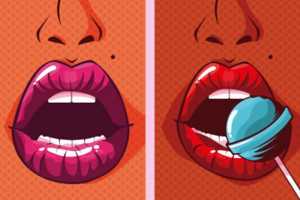 Impromptunes is a brand new parody-soiree about life, lovin’ and everything in between. It will take place on Saturday 27 February 2021 at The Raptor Room. The performance is hosted by comedian Eugene Mathews, with Wesley Wolhuter on keys.

Eugene Mathews is no stranger to the stage, having etched himself into the concrete of South Africa’s comedy scene. His work as co-presenter/producer of Bush Radio’s LGBTQ show, The Salon, was awarded with an EvH Pink Award in the Media category; he curates the annual Cape Town Pride LGBTQ Comedy Show; and his debut one man comedy special, The Relaunch of Gina, has garnered rave reviews.

Wesley Wolhuter is an accomplished musician, musical director, and master of piano and cello. He has worked as musical director for musicals such as Grease, Chicago, and Fame, and is a prolific composer. Having first picked up a musical instrument at a very young age, Wesley was one of two cellists who formed part of the Madame Zingara Celebration Tour.

Jazz singers Nicola Date and Saya Pierce-Jones, will regale audiences with stories about lockdown, love, and a recent doctor visit. Ex-Masque Theatre manager Nicola Date now works as a comedian, costume Designer, and arts manager. Saya Pierce Jones’s voice can be heard on the airwaves, as she works full-time as a radio journalist. She is also known to appear on stage from time to time.

Impromptunes will showcase planned parody songs, delightful classics and improvised tunes made up on the spot. The venue serves food and drinks, and all Covid-9 protocols will be followed.

Where and when: Saturday 27 February 2021 at The Raptor Room, City