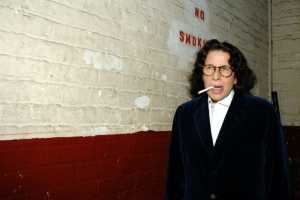 The other night I got all caught up in the inauguration. I had a few lumps in my throat all over the place, but Lady Gaga’s “Star Spangled Banner” and Amanda Gorman’s poem had me weeping and wailing. America was on my mind. The good America. The freshly laundered one. I needed a fix of my favourite new addiction and went straight to Netflix for another episode of Pretend it’s a City.

This rambling, arbitrary, totally quirky series is Martin Scorsese ‘interviewing’, or at least hanging out with, my fantasy best friend, my new crush and obsession, the person I wish I was, the hilarious writer, raconteur, storyteller and New Yorker Fran Lebowitz.

Absolute gem of a series

There are seven (who makes seven?) episodes of this absolute gem of a series. There is nothing to compare it to. The episodes have titles like Cultural Affairs, or Metropolitan Transit and they kinda, sorta have themes, but mostly it is Fran telling stories. Stories of her childhood, stories of her life in New York, about being a taxi driver, a committed smoker, about art and money and subways and celebrities. She is a word wizard and is as sharp as a blade. She is self-deprecating, critical, comical, original and totally, outrageously fabulous.

She makes me long for New York – the New York you just walk around in. She makes me miss my friends in real life, and she makes me nostalgic for things I wanted to but never got a chance to experience. These little episodes are a distraction and obsession. Martin Scorsese just laughs at her all the time, and her world, life, and observations are woven in a rich tapestry of warm and acerbic humour.

She has opinions about people, subways, parenting, dogs, entertaining, expensive apartments, clothes, New York oddities. She waxes lyrical about how she was brought up and how disappointing she was to her parents. I love her. And Pretend it’s a City is hilarious. I have been rationing these episodes out. When I am done I will probably just go to the first one and start all over again.

What: Pretend it’s a City