Johannesburg International Comedy Festival 2020 tickets are now on sale for one of the biggest celebrations of funny on the continent. 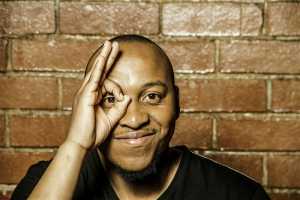 Johannesburg International Comedy Festival 2020 tickets will be for over 30 local, continental and international comedians at The Mandela, Lesedi and Space.com Theatres at the Joburg Theatre precinct in Braamfontein, from Wednesday, 15 April to Saturday, 18 April 2020.

Over the next few weeks, more shows and international comedy talents will be added to the festival line-up.

Proudly brought to you by Kagiso Lediga, the grand opening show of the festival will feature comedians, celebrities, pastors and other interesting Mzansi personalities. This show will be a comedy extravaganza of epic proportions and a hilarious take on all the funny goings on in South Africa today.

Hosted by Joey Rasdien featuring Lindy Johnson and international comedians (to be announced soon), these hilarious comedians have got some things to get off their chests. Expect them to bring the heat to the stage!

Hosted by Mpho Popps featuring Ebenaezer Dibakwane and a variety of  international comedians. These comedians are tearing it up on the streets right now!

Hosted by Tats Nkonzo featuring Thabiso Mhlongo, Salvado (Uganda), Alfred Kainga (Zimbabwe) as well as a number of continental comedians. Dubbed as a festival favourite, this mouth-watering line up showcases some of the continent’s finest comedians.

Hosted by Jason Goliath featuring Celeste Ntuli, Rob van Vuuren, Yaaseen Barnes and various international comedians to be announced soon. JICF All Stars is a specially curated line-up of the finest local and international headlining comedians that will be a fitting climax to this year’s festival. Fans can expect this to be a comedy show of the year contender!

What: The Johannesburg International Comedy Festival 2020

Where and when: Joburg Theatre from Wednesday, 15 April to Saturday, 18 April 2020