Conductor Jeremy Silver will be at Kirstenbosch for the Duet Endowment Trust concert. He speaks to PETA STEWART about the show and his career: 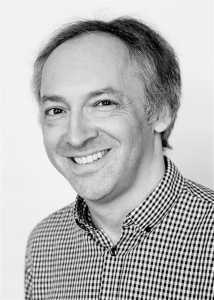 It goes without saying that musicians are amongst the worst paid professionals in the world. Thankfully Jeremy Silver didn’t listen to well-meaning family and friends to forsake a profession which was so “unstable finally that it would be better to keep music as a high-level hobby” and he is now a much sought-after conductor! He will conduct the Duet Endowment Trust concert at Kirstenbosch on Sunday, 22 March 2020. On the stage with him and the CPO will be soprano Pumeza Matshikiza and tenor Sipho Fubesi, with the Cape Town Opera Chorus.

“I was jointly fascinated by languages and music at school,” Jeremy Silver says, and he went to university to study languages – Spanish and French. “In those days, when I travelled in Spain, people didn’t know that I was British. At the same time, I played in concerts several times a week.  Eventually I realised I was kidding myself and simply hedging my bets, so went whole-heartedly for music.  At 20, it was inescapable. I finished my degree then went as a postgraduate to the Royal College of Music to study conducting.  I’ve never looked back!”

Although Silver is now mainly an opera conductor, he never chose choral conducting:  “I wasn’t interested in training choirs.  My entire focus was symphonic.  I found myself by chance in the operatic world, and realised that the mixture of drama, languages and music suited all my skill sets.  I have always given occasional symphony concerts, and still love a Brahms symphony as much as a Verdi opera. I was always drawn to the sound of the orchestra, with its infinite variety of colours.”

Silver has had a connection with South Africa from the mid-1990s when his late wife, the South African singer Sally Silver, introduced him to the country and he fell in love with it. He worked here most years from 2004 and took up his position as head of the opera school at UCT in 2019.

He credits his parents as his earliest musical influences, ‘’my father, in particular, an excellent amateur classical violinist, was an amazing self-taught jazz pianist.  I learned everything about harmony from simply copying him. I don’t remember a time before playing the piano and reading music – the process started when I was about four. I then studied the violin and viola, and played in orchestras as a student and young professional.  My conducting mentor, George Hurst, was a cataclysmic influence.  He had the most profound understanding of symphonic structure and expression that I have ever witnessed, and his voice is never far from my thoughts.  Incidentally, he conducted the Cape Town Orchestra in the late 1950s, introducing the public here to Walton’s 1st Symphony.”

Silver, who recently conducted the CPO in the highly successful Cape Town Opera production of La Bohème, is looking forward to this new collaboration.

“I love the warmth of the musicians and their obvious enjoyment of music-making.  During La Bohème rehearsals they were going through an extremely busy and tiring schedule, yet their commitment and their good humour never wavered for a moment!  What more can one ask for as a conductor?”

Silver returns a few times a year to the UK, “most importantly to see my daughter and other close family and friends.  But I also take on the occasional opera production at Longborough Festival Opera, concerts with my own local-community-based company Woolwich Opera Works, and work with young singers in the UK and elsewhere in Europe.”

What’s next for Jeremy Silver?

“I am in the process of setting up a bursary for South African singers for a residency in London named the Sally Silver Bursary.  This is the formalisation of something which my wife and I had been doing for years in London, and this remains my most important short-term goal.

“The holy grail would be to find a better work-life balance!  I get so enthusiastic about projects that I end up working constantly.  One day, somebody will teach me how to say no, and I will travel more, read more, contemplate more and spend more quality time with family and friends.”

Clearly that’s not going to happen soon. The day after this concert he moves into rehearsals for two performances of Fidelio, presented by Cape Town Opera and also with the CPO, in honour of Beethoven’s 250th birthday. Then its off to Durban for a new staging of Haydn’s Creation and the UCT  Opera School’s fascinating double bill of Britten’s Curlew River and a new piece called Amagokra (Heroes) by Chuma Sopotela and Sibusiso Njeza which will be staged at the Novalis Ubuntu Institute in Wynberg and the Guga S’thebe theatre in Langa.

Where and when: Kirstenbosch Botanical Gardens on Sunday, 22 March 2020