LAMTA has opened at the Theatre on the Bay, and SHEILA CHISHOLM went to see what is happening at this new theatre academy: 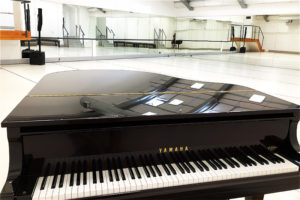 “Real knowledge is to know the extent of one’s ignorance,” and “It does not matter how slowly you go so long as you do not stop.” These are wise words spoken by that great Chinese thinker and social philosopher Confucius.  Words on life as relevant today as when first uttered some five hundred odd years BCE. Also: “Those who know the truth are not equal to those who love it and they who love it are not equal to those who delight in it.”

Why, you may ask, are we quoting Confucius for an article relating to LAMTA? Who or what is LAMTA? What does LAMTA stand for?  Answering the second and third questions first, LAMTA is the newly formed theatre school housed in Pieter Toerien’s recently (superbly) renovated Theatre on the Bay. LAMTA is an anagram for (L)uitingh (A)lexander (M)usical (T)heatre (A)cademy.  Musical theatre veterans Anton Luitingh and Duane Alexander being principals and founders are, with their illustrious faculty, setting out to raise triple threat (dancing, acting, musical) technical and artistic standards.

Speaking with unbridled enthusiasm Luitingh said: “All musical theatre lovers know Pieter (Toerien) has, for years, been responsible for creating theatre space for entertaining top ranking musicals. By choice he prefers employing South Africans. While we do have top-grade people – and believe me we have – there’s been an insidious slipping in our standards.” 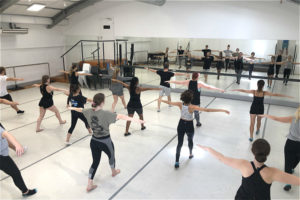 He continued: “Here is not the place to discuss those reasons. However, with four international musicals already abroad with SA casts, it’s vital we encourage more lads and lasses to undergo serious training otherwise, do I need to say, we’ll have insufficient articulate triple threat specialists to fill even more chorus lines, let alone principal roles in shows coming our way.”

That’s why LAMTA are linking to Confucius’s wisdom. By so doing they’re laying foundations from which LAMTA’s expert faculty will design the tactical roads on which trainees will travel. Roads carrying them forward (without stopping) into the employment essential to keeping our performing arts industry alive.

Emeritus Professor Christopher Weare, LAMTA Acting Principal said: “This is only possible if we understand theatrical truth. Of course, excellence in technical diversity is essential – we mustn’t forget everyone behind the scenes who make on-stage happenings happen. Every production is team work. However, true performance artistry stems from deep within the individual’s soul. That truth then marries with fellow thespians.”

Weare continued: “Whether it be Shakespeare or Kurt Weill, every show tells a tale. It matters not whether it’s a chilling drama or a light hearted musical, from first rehearsal to final performance those involved must form an allegiance to the story. An allegiance based on the way Confucius sees truth. Audiences then realise a show’s worth, news spreads, and voila! Bookings soar. As LAMTA’s acting principal, my contribution in the curriculum is finding that inner truth through improvisation and acting theory.” 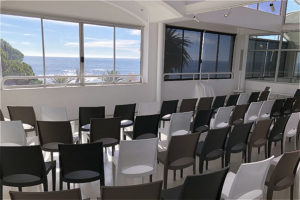 LAMTA’s studios are a dream. Over 400 square metres of combined studio space, six studios are kitted with pianos, keyboards, sound equipment, mirrors as well as portable barres. Studios are air-conditioned, have sprung floors, changing rooms, recreational facilities, oodles of light and glorious views.  Lucky are the 32 students who, through a strict audition process, make up the chosen body to carry forward LAMTA’s motto based in Confucius’ wisdom. Heartfelt gratitude to Pieter Toerien for, yet again leading South Africa’s field toward renewed artistic excellence.

Where: The Theatre on the Bay