Live productions at the Drama Factory in Somerset West include a musical tribute and an original theatre piece. 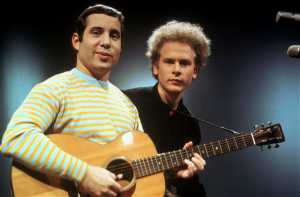 Duck Chowles and Andy Murray started working together in 1993 at The National Arts Festival in Grahamstown, in a Tribute to The Rolling Stones, called Sticky Fingers. They continued performing together in countless hit shows such as Sixty Something, Roll over Beethoven, Glory Days, Station 70 and many more.

They reunite in a special tribute to the music of Simon and Garfunkel and The Beatles in an intimate acoustic show, celebrating two of the greatest and most influential musical groups of all time. Expect hits such as hits such as “She Loves You”, “A Hard Day’s Night”, “America” and “Mrs Robinson”.

What: Simon and Garfunkel meet The Beatles 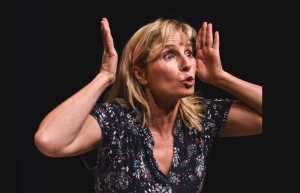 So You Want to be a Trophy Wife? is written and performed by Sue Diepeveen, and directed by Wynne Bredenkamp. Diepeveen is part of the team that won a 2019 Standard Bank Ovation Award for Your Perfect Life and Bredenkamp has won awards for writing and directing. The team explores the notion of what happens to a woman when she reaches her “sell-by date”.

The play follows the highs and lows of reaching middle age and pokes fun at how society ignores women in this particular category. In a world awash with “influencers” and “blessers”, poor old Marie is swamped! Feeling invisible and desperate, her only hope, it seems, is to find herself a rich husband. But that is easier said than done. She’ll also need to make few changes in order to attract said rich man. Can mutton really be dressed up as lamb? Does it want to be dressed up as lamb?

This revamped version of 2016’s So You Want To Be A Trophy Wife was set to debut at the National Arts Festival, and had a successful digital debut on the NAF vFringe platform.

What: So You Want To Be A Trophy Wife