The Malibongwe Women in Theatre Festival highlights three women who have played a significant role in the industry: Faniswa Yisa, Warona Seane and Chuma Sopotela (pictured below). 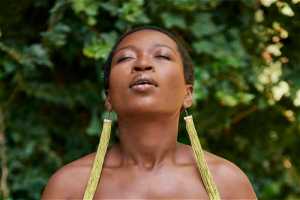 The Malibongwe Women in Theatre Project will take place at the Magnet Theatre in Observatory from 8 to 9 February 2020.

The festival draws influence from the narratives of women in history that the three key artists have been directly or indirectly inspired by at different times of their careers: Albertina Sisulu and the Rain Queen Modjadji. The project seeks to create productions that engage meaningfully with the position of women in South African society today by interrogating the symbolic roles of the two figures of MaSisulu and Modjadji. The festival will showcase two works by each of the key artists as well as a featured production. These are:

What: The Malibongwe Women in Theatre Festival

Where and when: Magnet Theatre, Observatory from 8 to 9 February 2020