Loss is never to be savoured, and yet Mona Golabek, internationally acclaimed concert pianist, story teller and perhaps above all loving daughter, has transformed her mother’s loss of family, friends and lifestyle into one of the most triumphant and inspirational experiences of all time, says PETA STEWART: 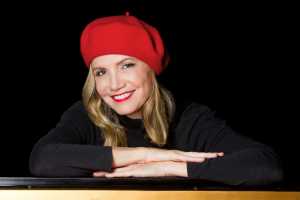 Ms Golabek is coming to South Africa to tell her mother’s story in words and music in The Children of Willesden Lane. She’ll give two performances – one in Johannesburg on 7 August 2019 and one in Cape Town on 13 August 2019 – as well as eight concerts for 8000 school children, to show how a Kindertransport child in the bleakest of the pre-war days could provoke and provide a lasting and continuous flare of hope to those around her and indeed around the world.

The impact of her story goes well beyond the concert halls in South Africa, thanks to the Johannesburg and Cape Town Holocaust and Genocide Centres, who are donating a portion of each ticket to provide transport to enable children from disadvantaged communities to attend one of the schools’ concerts.

“Hold on to your music”

Liza Jura was just 14 when she was forced to flee her native Vienna.  Arriving in  England in 1938 with some of the 10 000 children from Austria and Germany after a gruelling journey, one can only imagine the anguish, the trepidation, the outright fear.  The first years were hard and Liza took to heart her mother’s last words to her: “Hold on to your music. It will be your best friend”.

What makes the story particularly resonant are the parallels with today’s world … refugee camps, racism, lack of sensitivity and prejudice. The  indomitable Liza flourished in the UK,  fitting in a factory shift before classes at the Royal Academy, which she was awarded a scholarship despite no teaching but constant practice on the piano in the house. All the time she inspired those around her, bringing laughter into those lives of the children of Willesden Lane, much of the time living through bombardment and all that meant.   She eventually married a French resistance hero, left for America and then devoted her life to teaching students, including her daughters, Mona and Renee.

Liza had been reunited during the war with her younger sister Sonia, whom she helped arrange boarding what turned out to be the very last Kindertransport into England  and, after the war with her older sister, Rosie, husband Leo  and their daughter, who was born, literally, on the streets of Marseilles. Incredibly sadly, her parents were sent to Auschwitz. 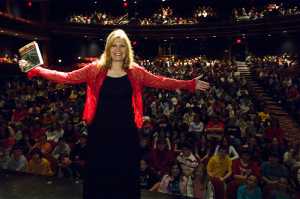 Mona, a Grammy nominee,  recalls the countless hours her mother spent coaching them, and helping them to achieve acclaim on the stage.  The sisters performed together on many occasions, notably on the 60th anniversary of the Kindertransport in England. They also made recordings together. Renee died in 2006, and Mona, a pianist praised for her technical expertise and musicality, continues to carry the mantle of inspiration and hope,  playing music that sustained her mother. Her poignant one-woman performance of The Children of Willesden Lane, a combination of recital and narrative, has been presented around the world, with passages from Mona Golabek’s book of the same name.

“If I can just show a few people, one by one, that there is no place for bigotry and hatred in the world, then I have achieved something,” she says. “My mother refused to let go of her dreams. She rose above persecution to bring light to other people’s lives, all the time not knowing if she would see her older sister again, let alone her parents.”

Since 2012,  her show has been presented in the major cities of North America and England,  captivating audiences who are moved by  the strength of the human spirit while being enchanted by the teller and her technical wizardry. Grieg shines though, as do Rachmaninov and Beethoven, all composers that sustained Liza and her daughters. Mona’s nieces and nephews, three pianists and a violinist, are keeping alive the legacy of music. They are all  involved with the educational mission, social media and making recordings.

Ms Golabek is happy to be coming to South Africa.

“South Africa and its people represent the most powerful message for the world. Its struggle to conquer bigotry and racism is a powerful message and lesson for all of humanity. It is a true honour to come and perform,”  she says.

A final word: “The tragedy of what we see repeating itself in every refugee crisis around the world  is heartbreaking.  I tell my mother’s story because we need to remind ourselves of man’s humanity to man.”

What: Mona Golabek in The Children of Willesden Lane