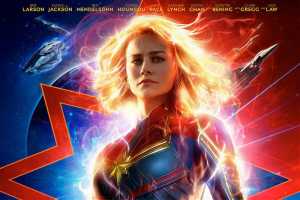 Movies on a plane – what is there to watch when you’re trapped in a silver bullet for something-hundred hours? MEGAN FURNISS checked out the latest titles:

I have very recently been on an international return trip on SAA, with a limited entertainment service and vegan incompetency. The vegan story will be reserved for another day. But I thought it would be a good idea to briefly review some of the movies I ended up watching – what seemed to be the best of a bad bunch threw up some gems and some disappointments, and some that were so forgettable I literally can’t remember them from 12 days ago.

This movie was both challenging for me, and fun. I hadn’t seen the movies it was based on, so I didn’t have the characters’ back stories. It did make me want to see Split, and, in general I love M. Night Shyamalan and his crazy mind. Glass is a ‘what if’ movie. What if a man with 24 personalities, one of them an incredibly hulkish superhero, comes face to face with a villain with terrible superpowers (from another movie) and the superhero security guard (from another movie) who is tracking him?

James McAvoy, Bruce Willis, and Samuel L. Jackson make this movie the funnest it can be. They give quirky, huge and passionately committed performances allowing us to suspend our disbelief at the impossibility of it all. This was a great way to absorb a chunk of time on a 16 hour flight.

IMDB says: “Decades after her original visit, the magical nanny returns to help the Banks siblings and Michael’s children through a difficult time in their lives.”

I was never an original Mary Poppins fan. I am not sure why my parents omitted it from my childhood. I think my father thought her ridiculous and twee. He would have hated this one too, I think.

This movie suffers from 100% terrible casting. I adore Emily Blunt. I loved her in Salmon Fishing in the Yemen. I enjoyed her (although I didn’t love the movie) in A Quiet Place. But Emily Blunt is not Mary Poppins. Emily Blunt is sexy. Modern. Long limbed. She has a lovely and expressively emotional mouth. She had to work so hard at being the taut and upright, the old fashioned and proper, the imaginative but totally stern Mary Poppins that it was all looks and holding herself together. The flustery, blustery losers that are the grown adults Michael and Jane Banks (Ben Wishaw and Emily Mortimer) were too flustery and blustery, and villain Wilkins (Colin Firth) had an easy time of being Mr. Nasty Pants. I would have too. Those Banks. The children were cute, but nothing they did could improve the flustery blusteriness of the older Bankses. And then, to make things worse there was unexplainable singing.

IMDB says: “Carol Danvers becomes one of the universe’s most powerful heroes when Earth is caught in the middle of a galactic war between two alien races.”

For someone who traditionally shows zero interest in superhero movies, particularly of the Marvel kind, I watched two on my travels, and enjoyed them more than I expected to.

Captain Marvel is a traditional superhero movie, but its superhero is a woman and the screenplay writer and director is a woman (Anna Boden) and it makes a huge difference. Somehow, there is more emphasis on plot development, backstory and relationships. The twists are that the baddies are actually the goodies, and the goody, who has been manipulating the hero, Carol Danvers / Captain Marvel, is revealed as the baddy. Great performances by Brie Larson, Samuel L. Jackson, Jude Law and the supporting cast make this superhero movie tight, fast paced and enjoyable. And the special effects and CGI are great and fun.

Footnote. I may have fallen asleep during some of the more talkie scenes, but it didn’t seem to matter much. Just a few missing links in the plot.

A middle aged woman (Julianne Moore) spends her days at work and her evenings disco dancing. Then she starts a romantic relationship with a recently divorced man (John Turturro).

This is a hidden gem of a movie, from its delicate and original screenplay to the deft direction (Sebastián Lelio), but mostly because of the performances of everyone involved. Julianne Moore is fantastic here. Her characterisation is subtle and complex, both physically and emotionally, and she is mesmerising and moving. The same with John Turturro as the man who cannot separate out from his ex-wife and two grown up daughters, who we never meet and only see bits of in one of the final scenes of the film. The soundtrack of old 70s disco music is haunting and evocative, and some of the strange scene choices – a target practice at a paint ball park, a conversation at a bikini waxing, a consultation with an ophthalmologist – all make this film original and intriguing. It’s not for everybody; it is slow and unusual, and it only scored 6.5 on IMDB, but I loved it and stayed awake for the whole thing.

IMDB says: “A police detective reconnects with people from an undercover assignment in her distant past in order to make peace.”

Oy. This is Nicole Kidman at her absolute worst. I got the feeling that she chose this movie to showcase herself and then refused to hand over to anyone else on the project, including her make-up artist. It is so heavy handed, laborious, improbable and indulgent. And it is supposed to be (I think) an action/thriller.

A washed up, alcoholic detective is forced to revisit her past when a murdered body is found, and she promises to bring the murderer to justice. There is a twist at the end, but it is seriously too little too late and by the time it comes I didn’t care at all, I was only happy it was all over and I didn’t have to see Nicole Kidman and her post-accident, alcohol- suggestive brown make-up in another endless stake out. She spent at least half the movie staring out of a car window. Interminable. The other half of the movie was flashback. To a beautiful, young, sexy Nicole Kidman. And just sayin’ – whatever work she has had done is very, very good. Unlike the movie …

I watched something else, but for the life of me I can’t remember what it was …