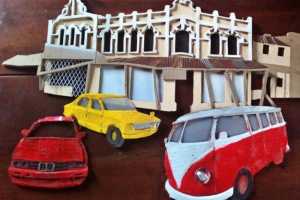 The National Arts Festival 2022 resumes its live format with an immersive in-person arts experience in Makhanda.

Staged from 23 June to 3 July 2022, the Festival will re-emerge with a carefully focused and curated experience enhanced by an irrepressible burst of Fringe spontaneity and creativity where experimentation, expression and visibility will contribute to re-igniting the South African arts ecosystem. Artistic Director Rucera Seethal points out:  “There is a broad offering. Yes, we’ve tightly curated the programme, but also catered for everyone, and included some surprises and provocations too.”

Dance, theatre, visual arts, music, film, illusion and edgy, new cross-genre and interactive arts experiences will form part of the programme. The Festival will also host a residency programme that brings artists to Makhanda for a period of time prior to the event to work on collaborative projects and engage with Makhanda’s local scene. A robust and engaging Schools Festival will reignite the Festival’s long-time role as a winter holiday destination for young people and the ever-popular free Sundowner Concert will be staged daily at the Monument.

The Village Green will be back in action with food trucks, craft vendors and a festive outdoor seating area for warming up winter bodies in the sunshine between shows.

A taste of the programme 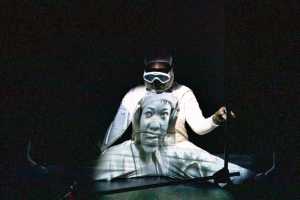 With a title inspired by a phrase from the 1992 Brenda Fassie song iStraight Le Ndaba, Koleka Putuma’s poetry collection Hullo, Bu-bye, Koko, Come In has been adapted into a stage play of the same title in a multimedia exploration of poetry, sound, and projection mapping. The piece considers archives, names, lives and legacies of in/visibility, memory, and black women in performance (pictured right). Created and performed by Koleka Putuma, the work will also feature visual design by Inka Kendzia and composition and sound design by Mr Sakitumi.

2021 Standard Bank Young Artist for Theatre, Thando Doni’s new work, Ngqawuse, questions the decisions of our past and how those decisions affect us today. The play is influenced by the story of Xhosa prophet, Nongqawuse, whose visions spurred the cattle killings of 1856/7 and resultant famine.  Borrowing aesthetics from African ritual, music, song and dance, Ngqawuse’s story is one of love and sacrifice, doom and misery and asks questions of what we are left with, what to do with the untreated wounds of our history. 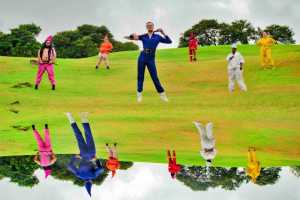 Gavin Krastin (2021 Standard Bank Young Artist for Performance Art), a resident of Makhanda, is known for creating collaborative opportunities for artists (pictured left). He will stage 12 Labours, a reimagining of the Twelve Labours of Hercules, in which the conventional masculinities and heroism of old are localised and adapted into twelve acts focused on repairing and maintaining the infrastructure in Makhanda – acts of service as performance art.

Sello Maake kaNcube makes a welcome return to the Festival, directing Bloke & His American Bantu. Written by the well-known author and academic, Siphiwo Mahala, it’s a two-man play that reimagines the camaraderie between prominent intellectuals, Bloke Modisane and Langston Hughes, writers and activists from Sophiatown and Harlem (New York) respectively. Performed by the talented duo, Anele Nene (Bloke) and Josias Dos Moleele (Langston), the play shines the spotlight on the role of artists and intellectuals in forging international solidarity during one of the darkest hours in the history of South Africa.

The Eastern Cape Philharmonic Orchestra will present Homeland, bringing together the talents of Tim Moloi, Gloria Bosman and Monde Msutwana to pay tribute to some of the greatest songs and song-writers from South Africa. Famous songs by Vusi Mahlasela, Alan Silinga, Johnny Clegg, Miriam Makeba, Brenda Fassie and Mafikizolo, are given a new life by the orchestra and soloists. 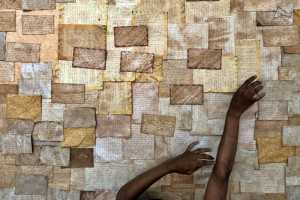 Wezile Harmans’ performance, We Regret to Inform You (pictured right) explores the notion of a ‘daily hustle’ against the backdrop of South Africa’s increasing unemployment rate.

Dance piece Mnquma, performed by Xolisile Bongwana, with additional choreography from David April, traces the quest of a man reconnecting to his roots and reclaiming the legacy of his ancestors. Mnquma is strongly associated with original music compositions by Bongwana, Elvis Sibeko and No-Finish, a traditional Xhosa musician who achieved much recognition throughout her lifetime and is regarded as the master of ‘uhadi’ music.