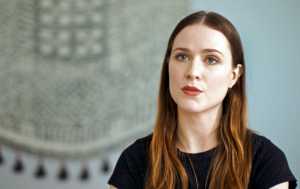 On 1 February 2021, Emmy-nominated Westworld star Evan Rachel Wood (pictured left), posted on Instagram, “The name of my abuser is Brian Warner, also known as Marilyn Manson. He started grooming me when I was a teenager and horrifically abused me for years. I was brainwashed and manipulated into submission. I am done living in fear of retaliation, slander, or blackmail. I am here to expose this dangerous man and call out the many industries that have enabled him, before he ruins any more lives. I stand with the many victims who will no longer be silent.”

Now streaming on Showmax, Phoenix Rising is a two-part HBO documentary that follows the true story of how Wood advocated for The Phoenix Act to extend the statute of limitations in California for domestic violence felonies, and moved toward naming her alleged abuser for the first time.

Produced and directed by Oscar-, Emmy- and BAFTA-nominated filmmaker Amy Berg (The Case Against Adnan Syed, Deliver Us from Evil), the documentary has a 97% critics’ rating on Rotten Tomatoes, where the critics’ consensus says, “Evan Rachel Wood is fearless in Phoenix Rising, a harrowing exposé on abuse, tabloid complicity, and the long process of healing.”

The Telegraph called the documentary a “blazingly courageous, necessary watch”, while The Wrap hailed it as “a wake-up call to us all.”

Brian Warner has since sued Wood for “a conspiracy” to “publicly cast” him as a “rapist and abuser,” which, he says, is “ a malicious falsehood that has derailed [his] successful music, TV and film career.”

Billboard published a timeline of the multiple allegations against Warner in March 2022. You can read it here.

Mason, whose stage name is an amalgamation of two famous culture icons- Marilyn Monroe and Charles Manson – has built a career on being controversial in terms of his stage appearances and costumes. In 2021 multiple women – apart from Wood – accused the shock rocker of psychologically and sexually abusing them, allegations he has denied.