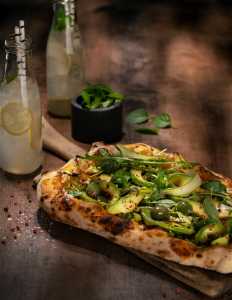 PINSA has opened at the Freedom Weekend Market in Paarl, introducing the first authentic Pinseria in South Africa.

The Pinsa, after which the boutique Pinseria is named, is an oval of handmade goodness topped with scrumptious ingredients and baked in a wood-burning oven to produce a crispy, pillowy crust.

The man behind the PINSA brand is Andrey Tarasov, an entrepreneur who relocated to South Africa from Moscow in 2018. Over the past twenty-five years he has spent a great deal of time in Italy on business, specifically in Florence where he first encountered the Pinsa and was inspired to introduce it locally where by all accounts it looks set to be as popular as it is in other countries like Spain, the USA and Russia.

Pinsa derives from the Latin word ‘pinsere’ which means, ‘to stretch and extend’, and the recipe used today dates back to Ancient Rome. Not to be confused with pizza, it’s closest relative in terms of appearance, the Pinsa stands apart, being made with super-hydrated dough that is pressed – not rolled –  and the best locally sourced ingredients like Bio Wheat, soy and rice flour mixed with 80% ice cold spring water, the game-changing addition that makes the Pinsa so famously light and easy to digest. 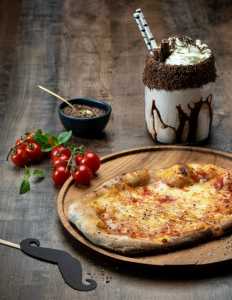 With each batch of dough, cold-fermenting for 72 hours, the preparation process is purposefully slow and, good news for health-conscious foodies, as the Pinsa is also made with minimal salt and far less cheese which brings the combined cholesterol and calorie count down by as much as 60%.

Heading up the baking crew at the first Pinseria in Paarl is the artisanal baker and chef Ciska Rossouw whose enthusiasm for ancient bread-making traditions is boundless and who is on a mission to create the most incredible Pinsas this side of Italy. The menu at PINSA includes Piadinas (folded flatbread), Paninis and Pinsas for kids too with enticing options available including the Dolce, made with a generous layer of chocolate spread topped with mixed berries and hazelnuts. Each Pinsa is also served with complimentary jars of dipping sauce for leftover crusts that are too good to leave behind!

What: PINSA at the Freedom Weekend Market on the R301 between Franschhoek and Paarl is open every Saturday from 9am to 5pm, on Sundays from 9am to 4pm, and on the first Friday of every month.