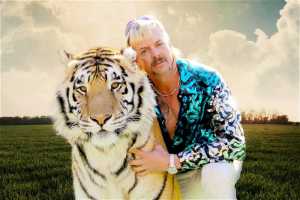 There are many, many reasons to love Tiger King: Murder, Mayhem and Madness, the Netflix doccie that’s taken the streaming world by storm. We do know that many animal rights supporters have refused to watch the show on principle – and because it may be very upsetting  – but in actual fact, the docu-series is far more about humans than animals. A very, very unlikeable bunch of people, to be precise. Who knew that one relatively small sector of the business world – the exotic animal industry –  contained so many crazy people per square metre?