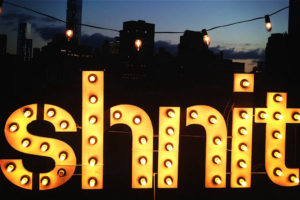 shnit Cape Town 2018 is an exceptional annual event with a unique transnational concept- a shortfilm festival that takes place simultaneously in multiple cities on five continents over ten days.

This year the Zeitz MOCAA joins the list of venues hosting shnit Cape Town 2018. Other locations include The Labia Theatre in Gardens, the traditional home of shnit, as well as the Alexander Bar & Theatre on Strand Street, the Raptor Room in Roeland Street, and Bertha House in Khayelitsha.

Founded in Bern, Switzerland in 2003 and now in its ninth year in the Mother City, shnit provides a platform for talented South African filmmakers to share their stories, reach international audiences, interact with leading industry professionals and compete in both the Made in South Africa and International competitions. This year there are four South African films in the latter – Good Mourning by Ian Morgan, Noodles by Greg Rom, First Kiss by Ali Ashman and Vlees van my Vlees by Matthys Boshoff. The same four are also competing in the Made in South Africa contest alongside Ihlazo by Akuol de Mabior, Versnel by Dian Weys, Mma Moeketsi by Reabetswe Moeti, Junior by Bert Djikstra and Measure of a Woman by Sara Blecher. They will judged by a local panel consisting of Jill Levenberg (award winning actress of the critically acclaimed Ellen: The Ellen Pakkies Story), Nosipho Dumisa (award winning director of Nommer 37) and Jafta Mamabolo (star of films such as Jerusalema, Otelo Burning and the upcoming Freedom). 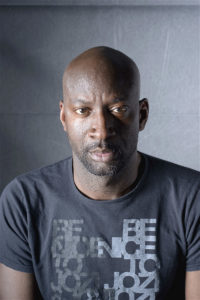 Internationally renowned film director and actor Akin Omotoso (pictured right) is the 2018 Made in South Africa Jury President for shnit Cape Town. Omotoso is the director of God is African, Man on Ground and Vaya, to name a few, and recently appeared in Catching Feelings.

Globally and in SA, the shnit Worldwide Shortfilmfestival has become a leading multicultural event in its genre. This year Cape Town will showcase 135 films in a wide variety of themes and styles. A total of 35 films have been made by South African filmmakers, 100 are international and all range from between under one minute to 40 minutes in duration. For the first time all South African films screened will be eligible for the Made in South Africa Audience Award. International films will compete for a collective global International Competition Audience Award.

Overall winners of the International competition will receive a Flaming Faun statuette and a share of the US$20,000 prize money at an awards ceremony held in New York City on 28 October 2018.