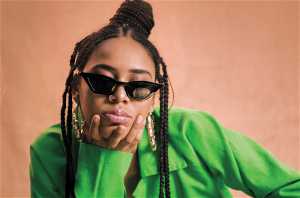 Along with Madjozi, two other South African “Kings of Culture” – Karabo “Poppy” Moletsane and Moonchild Sanelly – will join 200 influential creatives from over 20 countries in a curated jam-packed itinerary of imaginative activations, electrifying live performances and unforgettable collaborations.

“It‘s such a privilege to be invited to show the world’s creatives the vibrancy of African music,” said Sho Madjozi.  Maya Christinah Xichavo Wegerif, known professionally as Sho Madjozi, is a rapper, singer, songwriter, actress and poet. She incorporates the Tsonga culture through her music and public image. Her hit song John Cena has been a breakaway hit both in SA and internationally. 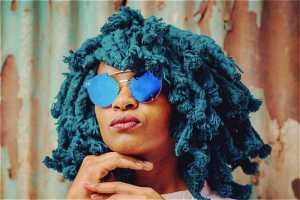 International influencers at BUDX are also in for an unfiltered taste of African Imagination from the innovative mind of Moonchild Sanelly (pictured right), as she curates content of her BUDX experience. Moonchild’s signature blue hair, poetry-turned-rap and spectacular stage performances have earned her thousands  of fans internationally, including Beyoncé who included Sanelly on her album The Lion King: The Gift.