Slava’s Snowshow tickets in South Africa are now on sale as the magical snow-world of dreams and imagination comes to town. 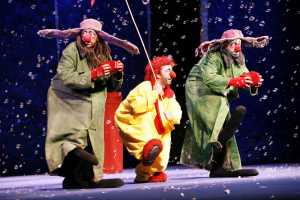 Slava’s Snowshow opens on Tuesday, 12 May 2020 at Montecasino’s Teatro, Johannesburg and runs until Sunday, 31 May 2020. The production moves to the Artscape Theatre Centre, Cape Town from Wednesday, 03 June to Sunday, 14 June 2020.  Tickets are on sale now at Computicket.

Presented by leading local promoter, Showtime Management, Slava’s Snowshow is a universal and timeless theatrical spectacle which has unanimously enchanted the imagination of audiences and critics since 1993 in dozens of countries and hundreds of cities. It’s a genre of its own and remains as spontaneous and magical as the first day it was performed. So, immerse yourself in a magical world of dreams and imagination, ankle-deep in snow!

“Slava’s Snowshow introduced a new and intriguing piece of theatre to this country in 2016.  Fascination grew rapidly, making this show so popular, it sold out while creating demand for its return. Showtime is proud to be bringing this unmissable theatrical feast back to South Africa,” says Showtime Management’s Tony Feldman. 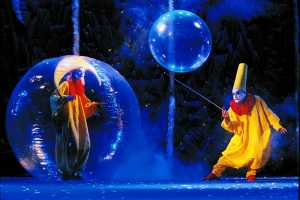 Theatre classic of the 20th century

Over the past 25 years, this unmistakably unique, yet constantly evolving comedy masterpiece has played to millions of people across the globe. Lauded as a theatre classic of the 20th century by The Times in London, the show’s creator, Slava Polunin is praised as the most illustrious clown in the world.

The New York Times said: “Masterfully crafted! Delivers flurries of joy … I found myself floating on happiness.” While the London Daily Telegraph best sums up the experience: “Slava’s Snowshow touches the heart as well as the funny bone. Full of laughter and joy it is a thing of rare theatrical beauty not to be missed”.