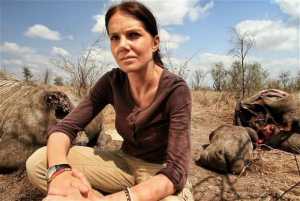 The Genesis Awards recognise excellent work in media with a special focus on outstanding reporting of animal protection issues.

Says filmmaker and Stroop – journey into the rhino horn war presenter, Bonné de Bod: “We are so thrilled! It’s wonderful that this independent, crowd-funded film on the heroes trying to tackle our rhino poaching crisis is being honoured in such a huge way, and just shows me once again, that the world views this as vitally important. This massive recognition of Stroop just keeps shining a global light on South Africa’s effort to save our rhinos and that it can’t be ignored.”

Kitty Block, President and CEO of The Humane Society who presented the Genesis Awards, added: “We applaud their contributions to raising awareness, for celebrating the human-animal bond and for driving real change for animals.”

Stroop – journey into the rhino horn war director Susan Scott was visibly moved by this, the film’s 20th award to date. “I’ve been coming to Encounters since the early 2000s and I’ve seen jaw-dropping and deeply inspiring films, so it’s a real honour to just be selected, never mind win the audience award.”

Due to the popularity of the film and the recent Encounters win, Stroop – journey into the rhino horn war  will be returning to the big screen for a limited re-release at Johannesburg’s independent theatre, The Bioscope. This will be the first time the film will screen at this iconic venue as it has already be shown at Nu Metro cinemas around the country, Ster-Kinekor’s Cinema Nouveau and at Cape Town’s Labia Theatre. The Bioscope will run Stroop – journey into the rhino horn war  for a full week from 26 July 2019, with a filmmaker Q&A on the opening night. 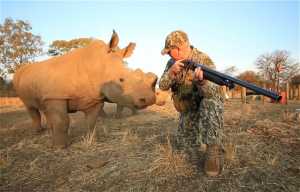 The Genesis Awards are awarded annually by the Humane Society of the United States to major news and entertainment media for producing outstanding works which raise public awareness of animal issues. The awards have honoured celebrities, who use their fame to bring attention to   animal issues, such as Oprah Winfrey, Jane Goodall, Paul McCartney, Prince, Pierce Brosnan, Brooke Shields, Betty White, Jacques Cousteau, as well as journalists, filmmakers, writers and broadcast news outlets in the United States. Presented at a star-studded ceremony at the Beverly Hilton Hotel, the event is televised on a major US cable channel.