The new theatre will continue to be a supportive home for upcoming local talent, and a platform for new work. The new season as the Courtyard Playhouse is curated by award-winning playwright and actor Jemma Kahn.

Says Kahn: “As one does at the beginning of any new project, I tried to impose big ideas on Season 1 and then (as is always the case) what I imposed was incorrect – the content of course must shape the big idea and not the other way around. The theme of the flagship season, I have come to discover, is ‘White Guilt and High Brow Sketch Comedy’. I do hope you will enjoy the spread, finding it stimulating and irreverent.” 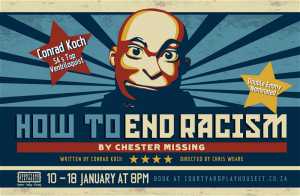 How to End Racism by Chester Missing

In his most confrontational work to date, Koch allows his puppet Chester to turn on him, asking him some pretty uncomfortable questions about his own white privilege and his racism. Conrad is South Africa’s top comedy ventriloquist, and possibly the only one, and is a double International Emmy nominated comedian. His most famous puppet, Chester Missing, has won numerous awards in his own right, including being the first recipient of the Ahmed Kathrada Foundation’s Anti-Racism Award. 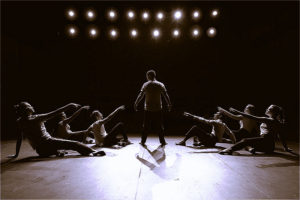 Lee-Anne wants to go shopping, Jason wants to be American, and Emily just wants to get married! But why can’t Karen sleep at night? And what is that noise outside? There’s something out there. There’s a shadow in the garden, a shape at the bottom of the swimming pool, a breathing at the top of the stairs, and a face, a face, a face in the mirror … 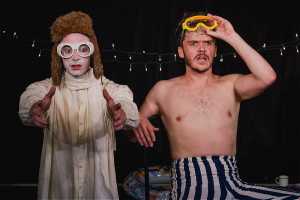 Two hapless traveling players unpack their suitcases full of budget store props to tell three short stories based on the adventures of three drops of liquid. A tear falls in love with its crier, a love triangle between a bull, a matador and his cape and finally the seed of love witnesses the doomed affair between Romeo and Juliet. Previously staged in Afrikaans as Klara Maas se Hart is Gebreek : die Flooistof Trilogie – this is the English premiere of this critically acclaimed and much loved gem from one of South Africa’s most gifted playwrights. 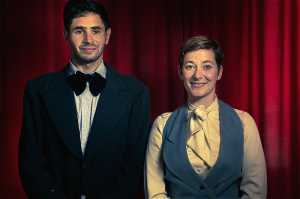 Though it never saw the critical success of anything else anyone involved with the play has ever done, Amateur Hour! must be someone’s favourite show, it must be…

Amateur Hour! – a loving celebration of rank amateurism – is coming out of retirement. The production premiered at the National Arts Festival in 2013 where it won nothing and played to befuddled houses from Cape Town to Perth (twice).

What: The Courtyard Playhouse new season