The highly acclaimed drama, The Virtues, has been snapped up by ITV Choice and started screening on DStv channel 123 on 11 September 2019 at 8pm. 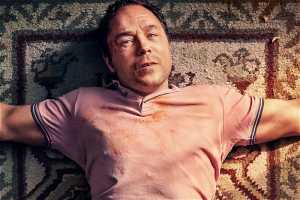 Directed by Shane Meadows (This is England), the four-part series stars award-winning actor Stephen Graham (Line of Duty, Little Boy Blue, This is England) as Joseph, a barely on-the-wagon alcoholic whose precarious reality is knocked for six when his ex-partner moves abroad with their young son for a better life.

With no immediate family to live for, Joseph is haunted by a past he has tried, for decades, to forget – if not actively obscure with drink and drugs. Suffering the hangover from hell – the dry spell over – he walks away from his present life and boards a boat bound for Ireland to confront hazy, fear-inducing memories from a childhood spent in the care system that he’s had to forget.

His path soon crosses with that of Dinah, played by Niamh Algar (Mother, Father, Son) who, like Joseph, is also deeply guarded, holding close a secret she’s hiding from all those around her. Joseph and Dinah’s lives spiral intensely in and out of control as they both try to ground themselves, torn between morality and self-indulgence, defined by their inner demons, traumatised by their own harrowing histories, and yet enlightened by their dual faith in companionship.

A dark and visceral yet beautiful paean to the human spirit, The Virtues is an emotive and unlikely love story between two strangers cast adrift in life and in exploration of the conflict between sin and virtue.

Shown on the UK’s Channel 4 a few months ago, The Virtues has received widespread critical acclaim and scored a 95% rating on Rotten Tomato. Here’s what some of the critics had to say:

“The Virtues is a miracle …with a final 20 minutes that was among the most intense passages in TV history … a drama that will live in viewers’ minds for days, weeks, maybe years to come.” ~ The Guardian

“It’s early to be sticking my neck out, but I think we might be looking at one of the best dramas of the year.” ~ Irish Herald