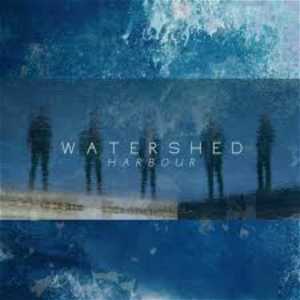 Watershed is best known for their 2002 track “Indigo Girl” which gained international popularity after being aired on a German radio station. The band has come a long way since then, earning platinum for “In the Meantime” and “Mosaic” and “Gold for Wrapped in Stone” and “Staring at the Ceiling”. Watershed has lead singer, Craig Hinds on piano and acoustic guitar, Paul McIver on guitar and vocals, Howard Combrink on drums, Gideon Botes on guitar and Quinton Askes on bass.

Their latest album, Harbour has been released. It is a melodic and calming collection of tracks passing between folk and pop rock with a light country influence. Craig Hind’s commanding yet comforting voice takes on a gentle and lilting rhythm in “I’ll See You Again” complemented by soft violins and acoustic strumming in the background. “Shoulder To Cry On” picks up the pace leading to the slower, melancholy “Time To Begin” rising with a chorus of voices supporting Hinds on this beautiful track concluding with soft, echoing keys. The genre is drawn back to their alternative background with a fast-paced pop rock sound on “Mountainside” falling into a folky melody to anchor it to the rest of the album. The album returns to its folk and country sound with “Fisherman’s Blues”, a fun sing-along love song.

This track is followed by a collaboration with Lira, with a pensive piano, dulcet, deep strings and a light xylophone creating a lovely, magical atmosphere in this duet. The rhythmic percussion in “Drowning” departs from the woeful sound of the previous track although the lyrics, are – quite ironically – a bit darker than the music. “Where to Now” and “From Where I Stand” lead to a steady denouement in tone concluding with “Flashlight”, a strong and beautiful ballad leaving Hinds’ wistful voice lingering on our minds.