William Berger will appear with the CPO as part of the Autumn Cyber Symphonies series. PETA STEWART caught up with the internationally renowned baritone: 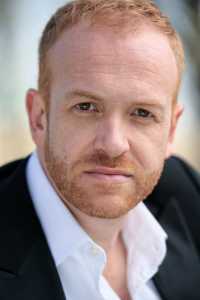 Since making his operatic debut at the age of 11 in The Magic Flute by Mozart for the State Theatre in Pretoria until February last year, when he sang the role of Marcello in Puccini’s La Bohème for Cape Town Opera, internationally  renowned baritone William Berger (pictured left), had barely sat still. So for him, the last year after 30 years of singing “when my diary fell apart” has rather been a year of enforced introspection and meditation, and “not all bad”, he says.

When he left Cape Town in March 2020, it was to return to his home in London to prepare two new productions for the Göttingen International Handel Festival, where he has been a returning principal guest artist for the past 20 years. He was also preparing for several other international engagements, including what has become an annual tour of the US with some of the foremost orchestras every December.  Indeed, the year 2019 had seen Berger attain two lifetime goals –  performing as soloist at the Kennedy Center in Washington, D.C. with the National Symphony Orchestra, and making his debut at the Royal Opera House, Covent Garden, in London.

But, instead, when flights from London to Cape Town were reinstated last October, William decided to come home to be with his family.

William Berger is a household name abroad to many classical music enthusiasts, but to South Africans he may be more familiar as Schalk Willem Burger. He is “Capetonian born and bred,” but because he went abroad to study as soon as he’d finished high school, local opera lovers have not had the opportunity to watch him develop.

It was under the name Schalk William Burger that he joined the Drakensberg Boys’ Choir School in 1990 and only a few years later won the inaugural Deon van der Walt UNISA/SAMRO bursary, aged 17. After matriculating from St. Andrew’s School in Bloemfontein, he was awarded a full scholarship to the Royal Academy of Music in London with additional support from the Ernest Oppenheimer Memorial Trust in South Africa.

He was on the next plane out and began singing professionally almost at once. In fact, he was unable to attend his own graduation ceremony four years later, because by then his career was already on the move and he had been engaged to perform at the prestigious Aix-en-Provence Festival in the south of France. 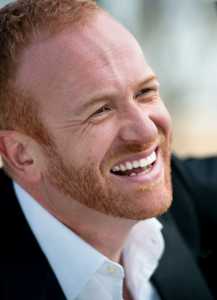 The birth of William Berger

He got so tired of people calling him “Chalk” or “Sulk” in the UK that he chose to anglicise Willem to William, and decided to even go one step further. “I could just see some opera critic in my future proclaiming that ‘Mr Burger’s performance would’ve been more at home in a McDonald’s than on one of the world’s great operatic stages!’  Absolutely not! I wasn’t going to hand someone that cheap shot,” he laughs. And so William Berger was born.

When Covid stepped in, Berger was, he says, like most people, channelling his creative energy into other things,  honing his skills as an amateur cook and aspiring baker. Together with friends, he started a wine tasting club via Zoom and arranged online games nights as a way of socialising during lockdown.  In other words, he adapted to the times.

The Cape Town Philharmonic also had to adapt, for it had engaged him to sing Mahler’s Rückert-lieder earlier this year, but a second wave called for smaller orchestral forces for that season, and the Mahler art songs were scheduled to open the new Autumn Cyber Symphony season. They were recorded at the City Hall in April and May. Although audiences were not allowed, there were a few observers at all the concerts and the orchestra loved it!

In the last few months, Berger recorded the Monteverdi Vespers for KYKNet with Cape Town Opera (CTO) and performed his first public recital to a live audience at Quoin Rock wine estate. He is currently preparing the role of Zurga in Bizet’s Pearl Fishers for CTO (with the CPO) and there are discussions around a possible opera project in Johannesburg.  Then it’s off to the northern hemisphere’s summer to fulfil some of those cancelled operatic engagements.

Berger’s Mahler is teamed with the 4th Symphony by Brahms in the first Autumn Cyber Symphony concert starting on 20 May; the next two are Rachmaninov’s Second Piano Concerto with Nina Schumann and the Second Symphony by Tchaikovsky, “Little Russian” (streaming from 27 May) , while the final concert is an orchestral showcase with the Brahms/Haydn Variations and the Dvorak Symphony No. 7.  It begins streaming on 3 June. All are conducted by Bernhard Gueller and each will be streamed for four days.