Sitting with Zahara at La Belle Bistro in Cape Town, a fan rushes over, gushing that she was singing a Zahara song just this morning – after splitting with her boyfriend. The superstar welcomes her with open arms, immediately dispensing advice: “Never judge, otherwise it will always take you back”, she says. That’s Zahara – a down-to-earth, self-confessed “village girl”.

Now only 29, Zahara’s remarkable trajectory onto the pop stage is highlit by her 2011 Loliwe debut, which sold gold 13 days after release, followed by platinum 17 days later, and is now sitting on over 500 000 sales. But then take a look at her fresh 4th release Mgodi – it went gold in six hours, platinum in 20 hours and double platinum in 48 hours!

Not bad for this Country Girl, who adds, “I had dreams – that one day I would be somebody.”

Released by Warner Music South Africa, Mgodi was recorded in Johannesburg with Mjalefa ‘Mjakes’ Thebe at the desk. For the singer “it brought out emotions every step of the way – it’s very emotional for me. Listen to the album, I always tell a story,” she says. A notable guest on two tracks – Umfazi and Ina Mvula, is jazzman Kirk Whalum. “This is what happened. I was called to the Warner office and told that Kirk wanted to see me. He wanted to do a project with me touring Africa and he asked to be featured on my album. Guess what he said before he played: ‘the world needs to hear you’, and asked me to write two songs for him in Xhosa for his album.” Whalum is based in Los Angeles, so Zahara headed there to meet up. 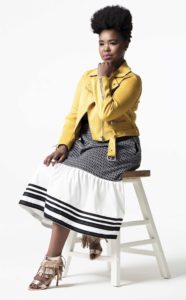 Mgodi kicks off with the haunting stunner Umsebenzi Wam, an anthem which leads to eleven other Afro soul works. A standout track for her is God is in the Valley. “My music is gospel and it means good news. This track is dedicated straight to God and features my sisters. Also # seven, titled Tribute, is a tribute to all the fallen artists, I’m singing their songs – like Sis Brenda.  “

Mgodi also sees the launch of her new label – Music Lives Here Records (MLH). One of the next acts you’ll see in this stable is Zahara’s three sisters – who’ll aptly be called The Mkutukana Sisters (Headsup: Zahara’s birth name is Bulelwa Mkutukana).

How did she get into guitar playing?

“When I was young, a Scottish missionary called Lorette Mkafi came to our village. That was 1986. My father was working with white people and she and my father wanted to start a church. People wanted to burn her, but my father stood up and said ‘burn me instead’. Lorette was then accepted by the community. She later took my older sister to music school where she got a guitar. I taught myself on that guitar. I’ve been writing since I was 12 – singing songs about my life.”

The pivot point which rocketed Zahara from ordinary village girl to superstar was a chance meeting when she was busking. She explains, “I was very busy at church and teaching drama in the village. Then one day in East London when I was a busker I put a hat out – and I was discovered by TK from TS Records. He loved me.”

Another encounter was even more significant. Zahara’s Nelson Mandela EP was released in 2013 when Madiba was critically ill. “I thought it was a prank when in 2012 he called for me, and I met him in his bedroom. He took me as his daughter. It was me who sent him off. I was sitting on his casket. I can even impersonate him,” she says, launching into a pretty impressive replay of the man’s unique tone: “Give me your guitar. You are a very special girl, and South Africa is very blessed to have you…”, Zahara trails off laughing good-naturedly.

This songwriter’s gospel roots have remained integral to her music-making. “I believe in God. Sometimes I’ve got books full of songs I write. I freestyle as a talk about my life – it’s easy. God gives you a talent because he believes you will be responsible with your talent. And I’m still going forward. I’m a strong girl, I’m the boss of myself and I’m here to inspire. I don’t do singles to test the water to see if people like it, I tell people I’m dropping this album on this or that date. I always break my own record,” she says.

Zahara’s fame now often sees her out on the road, expanding her social circle. “I’ve been living in Jo’burg and I travel a lot, so I don’t have a lot of friends. Even when I grew up I only had two friends. But my best friend is my mom. When I was young I felt that no-one liked me, because I was always mocked because of my deep voice and my teeth were crooked. Or people said, ‘your voice is so big.’”

“When I did Loliwe it took me to the whole world, I got to know more people. We’re different; we’re black and white; but we suffer the same things. We just have different languages,” adds Zahara. 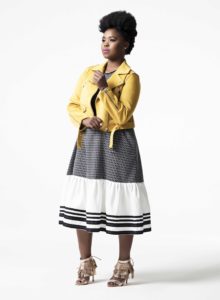 “I watch the Disney Channel and love recording movies on TV. I love the movie A Walk to Remember”.

“I would love to collaborate with Jay Z, and would have liked to work with Tupac. Obviously people would expect me to say Thandiswa or Ringo, but those are clichés. I love developing and I love The Parlotones. I only found out Kahn likes me on The Voice South Africa.

Look out for any Zahara shows coming your way. In the meantime, her message to fans: “Thank you to all the South Africans who always go and buy my music. Thank you for believing in this Country Girl!”