Anna Wolf will bring her What’s in the Woods SA summer tour to Cape Town in December, showcasing her new single Silence. 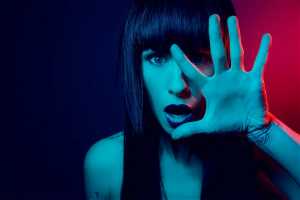 It’s been quite evident that Anna Wolf’s local South African fans have missed her since her move to the UK.  Having kicked off her SA summer tour, What’s in the Woods, last week, Anna Wolf has played to full houses around Johannesburg and Pretoria.

She will end off the tour in Saldanha on 21 December 2019.  The tour falls on the back of Anna Wolf picking up a coveted international music award in Nashville.

“My South African fans are just the best and I am so grateful for them. I have seen the impact my music has had on them, emotionally and physically! The level of support that I have received since being home has been incredible and I am excited to see what the rest of the tour brings,” comments Anna Wolf.

Anna Wolf’s live shows are definitely not a “show-and-tell” stereotypical “girl with guitar” affair. They have been described as being hypnotising; an experience; a journey into the world of Anna Wolf’s storytelling and songwriting abilities. Fans at her shows use a howling sound in between songs instead of clapping, which builds a unique live atmosphere.

Currently based in London, where she is building a strong and ever-growing loyal fan base, Anna has been working with various A-list producers, musicians and songwriters and is feeling the momentum of her hard work.

Anna’s new single, Silence, has recently been released to South African radio stations and delivers a strong message. The song deals with anxiety, something which most people can relate to on a certain level. The song was inspired by her fellow “wolves” (the way she refers to her fans) who shared their own stories with her.

Anna was recently presented with Unsigned Only’s Grand Prize Winner 2019 award for her single, Believer – the first time where the prize was awarded to a South African artist. She beat out almost 6000 entries from over 100 countries (www.unsignedonly.com).  The panel of judges, which included Robert Smith (The Cure) and Aimee Mann, collectively described Anna as “truly a compelling and rare artist. She is a performer with passion and style, a singer with hauntingly beautiful vocals, and a songwriter with depth and vulnerability. One of the most magnetic and inspiring artists we have ever come across.”

What: Anna Wolf What’s In The Woods Tour