The Island is an award-winning and acclaimed apartheid-era play written by Athol Fugard, John Kani and Winston Ntshona. It will be staged at 228 on Lower Main, Observatory for a short season. Directed by Chris Weare, the production stars Siya Mayola and Luntu Masiza.

The Tony Award-winning classic is set on Robben Island. It focuses on two cellmates, one whose successful appeal means that his release draws near and one who must remain in prison for many years to come. They spend their days performing futile physical labour and nights rehearsing a makeshift performance of Sophocles’ play Antigone. 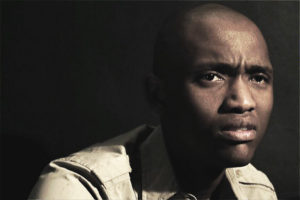 One prisoner takes the part of young Antigone, who defies the laws of the state for the sake of her conscience. The other takes the part of Creon, the king, who is so desperate to hold onto power that he will crush any dissent. The play draws parallels between Antigone’s situation and the situation of black political prisoners.

Rehearsals in the cramped cell test their friendship and strain their resilience in this moving story celebrating hope, passion, and the strength of friendship. The Island bears testament to the resiliency of the human heart.