We think he’s freeky but we like him a lot. Photographer Roger Ballen gives large to The Zeitz Museum of Contemporary Art Africa (Zeitz MOCAA). KAREN RUTTER spoke to him for WeekendSpecial:

“I see myself as a psychological photographer,” says Roger Ballen. “There is no way out of the mind.” Those who know the photographer’s “shadow world” work, from his controversial portraits of platteland locals shot in the early 1990s to his most recent explorations with spray paint and glass, know that there is a moody, sometimes unnerving aesthetic that envelops his pictures. From solo shows featuring surreal tableaux vivants to his collaboration with Die Antwoord’s Yo-Landi and Ninja, he has taken some unexpected but always deeply engaging turns along his artistic path. 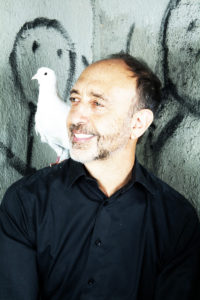 Born in the United States, and re-settled here from the 1970s, Ballen began his life in South Africa as a geologist but was swiftly drawn to the outlier possibilities of photography while he explored the country on field trips. Books, art videos and exhibitions followed – as did a fascinated following – with peers such as Susan Sontag describing one book as “the most impressive sequence of portraits I’ve seen in years”.

Fast forward a few decades, and Ballen has now made the largest financial gift from a foundation to Cape Town’s Zeitz Museum of Contemporary Art Africa (MOCAA), to be invested to support the ongoing logistical, exhibition, programming and educational costs of a Centre for Photography. The centre will be known as the Roger Ballen Foundation Centre for Photography. He spoke about his gift, and what it means:

WS: Apart from your financial endowment, you have also donated a large proportion of your work to the museum. Can you tell us more please?

WS: How many works is this?

RB: It’s mainly drawn from my published works – I have been taking pictures since the 1960s, so I have selected works that have had some merit – pictures that stand on their own, and have their own aesthetic. It includes quite a lot from my first book, Boyhood, and the other major published works – Platteland, Outland, Shadow Chamber etc. 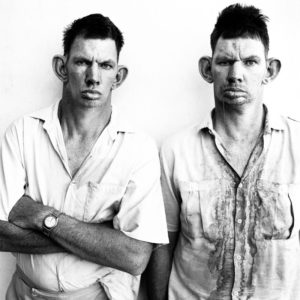 It has been my great desire to contribute to the understanding of photography in South Africa, the country that I call home. By donating my archive and finance to Zeitz MOCAA, I wish to commit to the ongoing success of this important museum in Africa and ensure that photography is guaranteed a place in the museum’s activities.

WS: What will the Centre for Photography entail?

RB: Part of it will be about organising exhibitions of merit, and hopefully organising educational activities and speakers, as well as publishing catalogues and books. Photography is still one of the most difficult art forms. One out of a million people may consider themselves sculptors, but 3 billion people take pics with their phones. So what is photography? How do you separate all these things that are happening and create a standard that can last over a period of time?

Hopefully what we do at the centre will have an impact on people. It’s about creating and maintaining a standard for photography in Africa and the world.

WS: The historical aspect of photography is important to you?

RB: I have an idea of the history of photography – my mother started one of first photographic galleries in America, and I’ve had a handle on it for most of my life. It’s not just about educating people, but having an impact on their consciousness.

WS: How much will you be practically involved with the centre?

RB: There will be a chief curator – so I won’t be involved on a day-to-day basis, but hopefully will be able to monitor things to make sure programmes meet international standards. I’d want to make sure there is high calibre work – and to maintain that calibre.

It’s a whole, long process – photography is such a difficult field to get to grips with, and to understand the aesthetics. It’s like fighting an avalanche sometimes. 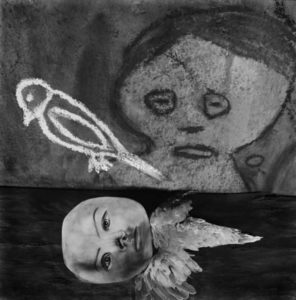 WS: Your own work has been described as part of a “psychological and existential journey”. Is there a point where you will have reached a destination – or is this not the point?

RB: You can’t reach this destination, you might as well just forget about that. There’s no formulation – either you can do it, or you can’t. I can’t explain exactly why – it’s all about how brain cells work, you can’t put your finger on it.

WS: Your collaboration with Die Antwoord – how was this?

RB: The major benefit of this was my relationship to my videos – I’m very much engaged, and in fact working on a retrospective that tries to explain what “Ballenesque” means, spanning 50 years of work, for the 1960s to 2016.

The Zeitz Museum of Contemporary Art Africa has opened at the V&A Waterfront.