Aviva Pelham is addicted … to the arts. She talks to PETA STEWART about her role as musical director of the Community Gala concert this evening: 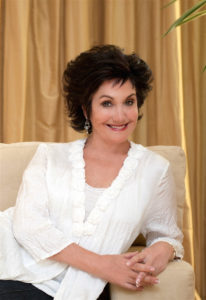 “I am addicted.” Those were the first words that came out of Aviva Pelham’s mouth, when she started to talk of the Community Gala concert that the Cape Town Philharmonic Orchestra is presenting on Sunday, February 17 2019 at Artscape Opera.

Aviva is the musical director, for the second year, following the CPO’s successful debut gala last year which gave platforms to young entertainers who had never before performed with a symphony orchestra.

Says Louis Heyneman, CEO of the CPO: “It is a most amazing privilege to see how they value what a symphony orchestra can do to enhance their brilliance.”

Not only has Aviva  put the show together from planning the production and collaborating with Michael Mitchell on the stage design, but she has had a hand in choosing the music and working closely with the CPO team and its arrangers, like Marvin Bourne, to orchestrate the works.

Aviva is so passionate about what she does that the words just tumbled out.

Giving back is a part of her life. She has mentored young people from all walks of life – from trolley pushers to petrol attendants, street children to domestic workers and security guards.

“It doesn’t matter where they are in life as long as they have a voice. It’s important to try and get them some formal training and help with skills like presentation, language and diction, teaching them how to learn notes properly. They need to sing the Italian words authentically – it has to be right. Mediocrity is not an option,” she says.

It’s hard to calculate how many people Aviva has helped. “I don’t go looking for them. They cross my path. Someone will phone me and tell about this street child with a wonderful voice. Or I will hear of a gardener who sings so well. The first thing I do is try and steer them back into an education system which is necessary to give them structure and discipline. Then I try to create opportunities and find sponsorship.” 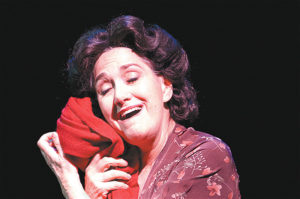 In between her mentorship, her directing and her teaching, she performs regularly and is off to Israel in March to present Santa’s Story (pictured right), her one woman tribute to her mother. Besides South Africa, the production has toured to Helsinki, London, Cologne, New York, Melbourne and Sydney.

Aviva was the guiding light behind the successful Heavenly Quartez concerts – there’s another one coming up with the CPO at the Oude Libertas on 3 March 2019 –  and she recently directed the concert with Pumeza Matshikiza and other artists to honour Wendy Fine.

“I am so privileged that I have been able to use my platforms to shine the light on other people’s talents. I have had opportunities that so many South Africans have never had and I will do anything to help people in the arts grow. In South Africa, our diversity is our strength. Together, we can be the best in the world.”

While voice is her background – she is one of South Africa’s most beloved and award-winning singers and her career in opera, operetta, oratorio, cabaret and musicals has made her a household name her and well known internationally  – she is also involved with ballet, dance and orchestra as well as numerous outreach projects.

“All of these art forms are the vital organs of life in South Africa and I will work for them to my dying day. Without the arts, life would be dull and sad and we would all be greatly impoverished,” she says.