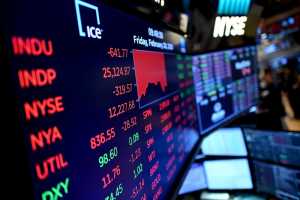 Fine Music Radio has announced that as of 1 March 2021 they have a new business show called the BizNews Power Hour, which will broadcast weekdays from 5.30 to 6.30 pm. The show will be anchored by Jackie Cameron with support from the BizNews editorial team which includes Alec Hogg, Carrie Adams and Magnus Heystek.

Fine Music Radio’s Programming Manager Rodney Trudgeon said: “Classic Business ends on 26 February. We would like to thank Michael Avery and his producer for their wonderful contribution to FMR’s programming and we wish them and the show everything of the best. Fortunately, we are not saying a final goodbye as Michael Avery will continue to bring us the Financial Report on FMR weekdays at 7.30 am.”

Station Manager Mark Jennings concurred: “Since Classic Business replaced Fine Business Radio in 2018, it has been a great addition to the FMR line-up. However, circumstances have resulted in this arrangement no longer being a feasible business proposition between Fine Music Radio and Classic 1027. We want to be clear it has nothing to do with the sterling performance of Michael Avery.

“We are confident that the BizNews Power Hour is the right fit for FMR. Jackie Cameron is one of the country’s best financial journalists and an excellent broadcaster. The positives are many; as we are no longer simulcasting we have control over the duration of the show. It will run half an hour shorter than the current offering, meaning we can play more music in The Jazz Lounge, which will start earlier and run for an hour and a half. We are confident that the BizNews Power Hour will seamlessly replace Classic Business.”

While FMR’s mandate is to play a ratio of 90% music to 10% talk, they are mindful that their audience actively listens to business news. Research conducted in 2020 from the leading independent company BrandMapp indicated that of FMR’s 113 000 listeners, 45% were in the top income bracket and 90% of FMR listeners have investments.

What: BizNews Power Hour on FMR