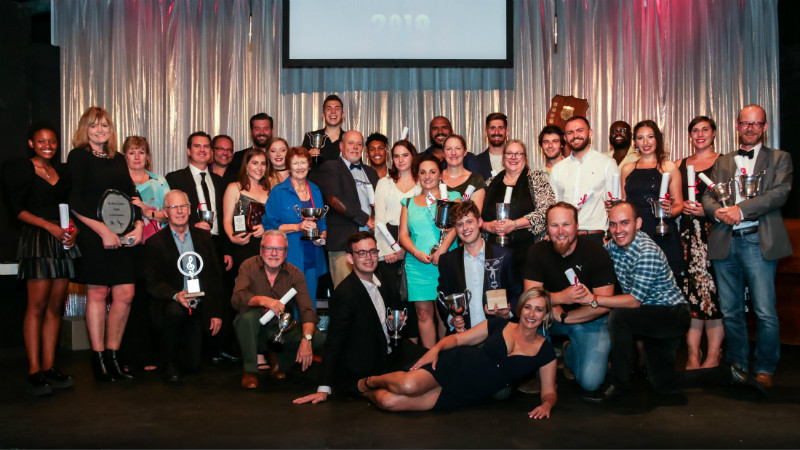 The reasoning behind CATA awards is to encourage excellence and should never be regarded as competition between thespians. Therefore, it is important to take note that under Figaji, each production now receives feedback on observations panellists consider helpful towards assisting community theatre societies to continue their upward climb to greater theatrical heights.

In his customary elegant and polished fashion Mark Jennings – Fine Music Radio’s station manager – acted as master of ceremonies. Guest of honour, Brendan van Rhyn, aka Cathy Specific from Gate 69, with his/her inimitable panache handed out awards. In between which guests were entertained to three delightful skits –  a  song by David Wilke, a tongue twister chorus from Hairspray, and that famous nude, but not nude, photographic scene  from Calendar Girls. 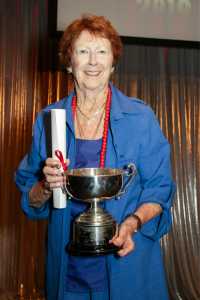 MILNERTON PLAYERS for AND THEN WHAT?  Best Set (Harry Hargreaves Cup) – Barry Altwig; Certificates of Excellence: The bar patrons for enhancing the bistro atmosphere and remaining in character at all times. And for PUTTING IT TOGETHER: Certificate of Excellence – Barend v.d. Westhuizen for his performance of “Bubby Blues”

The evening concluded in happy chatter over a glass of wine and tasty nibbles.