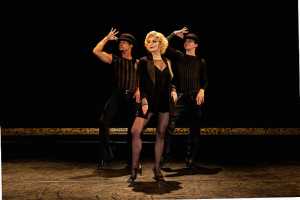 We have it coming! Yup, Cape Town can expect nothing but musical magnificence at Artscape until the 14th of April. The 2019 version of Chicago is in town, and it’s a shockingly slick production.

It’s hard to believe that Kander, Ebb and Fosse’s seriously sexy work was written around 45 years ago. The music and the choreography are as fresh as a new gal walking the block in Orange is the New Black, while the narrative, although set in the 1920s, is almost eerily current. As the opening lines go: “You are about to see a story of murder, greed, corruption, violence, exploitation, adultery and treachery.” What could be more modern than this?

Set in the city of the title – a place “roaring with hot jazz and cold-blooded killers” – the audience is enticed into the tale of Roxie Hart (Carmen Pretorius), who’s chucked into the chookie on charges of shooting her lover Fred Casely. Roxie’s devoted husband Amos (Grant Towers) initially offers to take the fall for her, thinking she’d shot a burglar, but backs off when he learns the truth about his free-wheelin’ wife. In the women’s jail run by the corrupt Matron “Mama” Morton (Ilse Klink), Roxie discovers a whole lot of other women who’ve also killed their partners (cue the delicious Cell Block Tango routine). And she meets the notorious Velma Kelly (Samantha Peo), a glamorous vaudeville star who murdered her own sister and husband. It’s not long before Roxie deposes Velma, once the darling of infamous defence lawyer lawyer Billy Flynn (Craig Urbani) and gains the title of Most Notorious. Well, a label that will last until the next big murder comes along, of course … 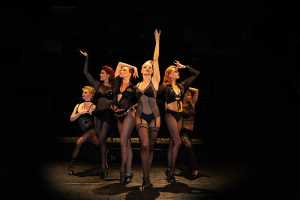 The plot is deliciously full of snarky asides, bitchy put downs and clever humour with songs that reflect the same (All I Care about, Class) – and it’s also surprisingly poignant in places, notably in its treatment of Amos (Mister Cellophane), and in moments like the next-to-last song Hot Honey Rag, which while supposedly a celebration, has a melancholic edge. On the topical side, it’s almost unnecessary to point out the obvious connection between corrupt officials, gender based violence and a “celebrity”-obsessed media circa 1920, and what is happening now circa 2019. Boom!

And then we come to the music and the choreography – again, a joy to experience, demanding top notch skills of both those in the theatre band and directing it (Bryan Schimmel), and those centre stage. Which, it is an absolute pleasure to say, this all-South African crew handle with five stars.

The cast and band really take things to the next level, dazzling with their triple-threat prowess and not missing a beat, literally, for the entire two-and-a-half-hour show. It’s not surprising to hear that they’ve already toured New Zealand and China to acclaim, and will be heading to Europe after their South Africa run. An absolute credit to musical theatre in this country! 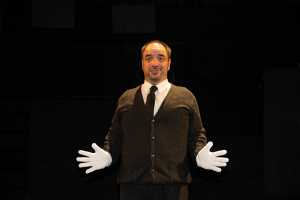 Craig Urbani was suitably dashing as Billy Flynn, Grant Towers was clearly an audience fave as Amos, and K.J. Haupt displayed an impressive range as the sympathetic journalist Mary Sunshine. But it’s the women who really have the chance to shine in this show, and blaze they do. Ilse Klink is swaggeringly suave as Mama, while Samantha Peo is an electrifying presence. And the star turn has to go to Carmen Pretorius as Roxie, whose timing, vocal and dance skills were 100% on point.

Not to mention the absolutely fabulous ensemble, who were as tight as a drum as a team, with individual sparks creating added interest (Raquel Munn, Lesego van Niekerk and Craig Arnolds particularly drew the eye.) And speaking of drums – Luca de Billis in the band was such a treat – lovely to see a percussionist having such fun, and being so professional at the same time.

Suffice to say, this version of Chicago is entirely excellent. I would urge you to take a ticket – stuff this hot is a real saucy treat.

(And don’t worry Jo’burg, you’ll get your turn next. You have it coming!)