The CTIJF 2019 final programme has been announced, with some exciting additions to round out the line-up. The Gipsy Kings featuring Nicolas Reyes as well as Tonino Baliardo (France), Jonathan Butler – Homecoming (SA), and a tribute to the late Zimbabwean guitarist Oliver “Tuku” Mtukudzi (pictured right), who died suddenly earlier this year, are on the bill.

The festival, taking place on 29 and 30 March 2019 at the Cape Town International Convention Centre, will celebrate 20 years of successful local and international jazz, with over 40 performers from around the globe entertaining the masses over the two-day annual event.

CTIJF Festival Director Billy Domingo said: “After twenty years of Africa’s Grandest Gathering, I’m happy to conclude this year’s line up with two of South Africa’s all-time beloved favourites. We will also pay tribute to the late, great Oliver “Tuku” Mtukudzi by celebrating his life through music as we say goodbye to an artist who can only be remembered as a true African legend,” said Domingo. 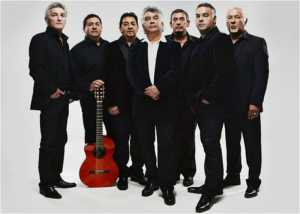 It is high time the Gipsy Kings visited the Mother City. It has been almost three decades since the Grammy Award winning group first burst onto the world music stage with their self-titled album and since then the band has toured the world, selling more than 20 million albums. Their most recent album, Savor Flamenco, wholly produced by the band, who also wrote all the original material, won a Grammy Award for Best World Music Album.

While the band has over the years incorporated diverse influences into its sound – such as Latin and Cuban styles, Arabic music, reggae and jazz guitar – they are held together by the melding of frontmen Tonino Baliardo’s fluid guitar work and Nicolas Reyes’ powerful vocals. 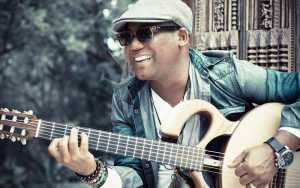 Soulful Cape town crooner Jonathan Butler (pictured right) has remained current by constantly exploring new genres. No stranger to the urban contemporary or gospel scene, Butler is just as comfortable singing an R&B song as he is showing off his jazz skills on stage. In concert the Grammy-nominated Jonathan Butler draws on a vast repertoire which went down well the last time he played at the CTIJF in 2009.

Jazz fans were devastated to hear of the 66-year-old Mtukudzi’s passing earlier this year, knowing the guitarist/ philanthropist / music legend was due to perform at this year’s CTIJF with singer-songwriter Vusi Mahlasela (pictured below). CTIJF management can now confirm the line-up for the commemorative tribute, billed as Tuku Music – A Celebration of Oliver Mtukudzi’s Life through his Music, which will fill Mtukudzi’s original slot on Saturday 30 March 2019. 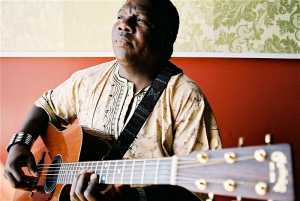 Mahlasela will be joined on stage by Mbeu, Maduvha and Berita. Sotho singer Mahlasela played a large role in mobilising people against apartheid through his music and is often simply referred to as “The Voice”.

Zimbabwean-born South Africa-based Gugulethu Khumalo is an award-winning singer-songwriter who goes by the stage name Berita. The Afro-soul singer shared the stage with Mtukudzi on occasion and collaborated with him and Hugh Masekela on the single Mwana Wa Mai.

The Afro-fusion artist known as Mbeu also collaborated with Mtukudzi on the single My Better Half. Born Ashton Nyahora, Mbeu was a product of Mtukudzi’s Pakare Arts Centre in Chivero in Mashonaland West, Zimbabwe.

Maduvha (Madima) started singing professionally when she toured around Africa with her uncle, gospel legend Itani Madima at the age of 13 and has since made a name for herself as a SAMA nominated artist in her own right. Known to the general public as Queen Vele on SABC2’s Muvhango, she worked with Mtukudzi on the track Ndimecha on his album Eheka! Nhai Yahwe.

Where and when: Cape Town International Convention Centre on 29 and 30 March 2019