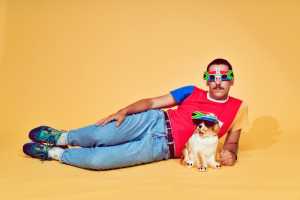 The Theatre on the Bay in Camps Bay will host its first ever comedy lineup extravaganza, Committie’s Comedy Carousel, from 10 December 2021 to 15 January 2022.

Renowned South African funnyman and award winning actor Alan Committie has prepared a year-end comedy treat with a hilarious lineup of comedians to tickle your funny bones.
Every night will be hosted by Alan Committie and will include a young rising comedy act, an established Cape Town comedian, and then a full stand up set from a starring headliner. Four acts in one night! The 90 minute show will provide a variety of comic voices, perspectives and above all big laughs.

Any one night could include a special guest comic who “jumps onto the lineup” for some extra spice.

The headliner act will be advertised and fixed but any additions or alterations  to the rest of the bill are subject to change.