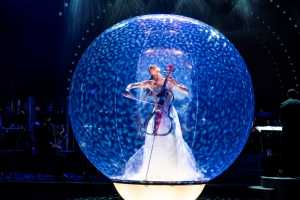 With a cellist in a bubble, an artist flying over the audience, an overture rocking your socks off and several South African icons like Earl Gregory, Anna Davel, Gloria Bosman, the SA Youth Choir and elements of Elvis Sibeko’s Dance Can Dance on stage, the Cape Town Philharmonic Orchestra (CPO) Community Spectacular 2021 gala concert which streams from 23 December 2021 is filled with passion, artistry and excitement, says PETA STEWART:

This year’s concert, the second to be streamed and the fifth in the series showcasing mainly young and local talent often performing for the first time with a full symphony orchestra, was even more of a challenge to put together. Says Louis Heyneman, “With the close of the Artscape 50 year of celebration, we were happy to present several of our artists as a gift to Artscape. This gift formed the basis of the celebratory concert for an invited audience such as Premier Alan Winde. We were also delighted to meet the new mayor Geordin Hill-Lewis who attended the concert, which included acts by the Artscape Associated companies like Unmute, Cape Town City Ballet, Cape Town Opera,  and Jazzart Dance Theatre, some of which will also be part of the Community Spectacular.

“The concert being streamed on the Quicket platform extends our mandate of showcasing brilliance as well as nurturing the best that South Africa can present. We are pleased to include rising stars like tenor Luvo Maranti, counter-tenor Sanele Mwelase, saxophonist Jodie McClure and pianist Isaac van der Merwe,” says Heyneman. “These young performers are on a trajectory to success and we are happy to help them on their way.”

For many, the concert came at a time when Covid-19 is truly taking its toll on the performing arts which lack funds and have diminished performance opportunities. 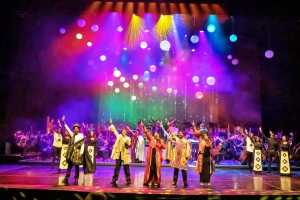 Jody McClure speaks for many when she says: “It is wonderful that the Cape Town Philharmonic Orchestra affords the opportunity for young musicians to have the experience of performing with a professional orchestra of this calibre. This is an experience I will remember for many years to come!”

The challenges weren’t so much in assembling the artists – music director Stefan Lombard, director Aviva Pelham, and producer Heyneman had begun negotiations early on – it was in rehearsing and filming.

“With restrictions on the numbers of people, with orchestrations that required different performers for different pieces, with sufficient rehearsals before filming the final show, and a final dress rehearsal that included all the Artscape concert performers and a grand finale, What About Us, we needed a mathematician to work out the schedule. Well-laid plans changed on a what seemed to be hourly basis, and ad hoc musicians had to be contacted if anything really changed. For instance, the harpist is a professional in another field as well and couldn’t take time off for seven days so eventually three harpists divided the work. The camera crew was in place for a week, filming and re-filming the acts until the team was satisfied that every detail was perfect,” says Heyneman. “We also mixed and matched, pairing, for instance, the violinist Veronica Bell and accordionist Monika Stuklich with tango dancers Andre and Beata Cloete, bringing saxophonist Zeke le Grange into Paradise Road with Phoebe Mgxaji, Gloria Bosman and Anna Davel, and pairing the SA Youth Choir with Indoni Dancers from Elvis Sibeko’s Dance Can Dance with singer Zimbini Makwetu.” 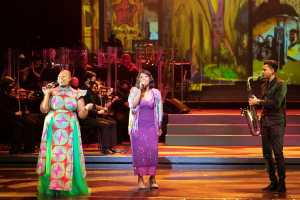 Cornucopia of the best performance art

The end result is just a cornucopia of the best performance art that money can buy. And the performers agree.

Says singer Phoebe  Mgxaji who also performs And I Am Telling You: “ Being asked to be a soloist in this show was an absolute honour, and it being my first time made it even better. It is an experience you carry with you your entire life. I have learnt so much from the soloists and the orchestra.  What I love is the diversity  – a combination of various genres that brings about something absolutely breath-taking. There is unity in music, an unforgettable connection the audience is bound to enjoy.”

For singer Earl Gregory who performs Unusual Way, “Being back under the warmth of the stage lights and hearing the incredibly sonorous tones that our hugely talented team has made has made me realise that the magic of the theatre has not gone anywhere. It’s very much alive and well. We’ve been waiting patiently in the wings to share with you again our hurts, our loss, our pain, our grief, and our joy and that is the magic of live theatre. We’ve heard you all say how much you miss us in these theatrical spaces. Well now the time has come to live again and to feed your souls – safely with masks and sanitiser in tow until we come out on the other side of this pandemic,” he says. He goes on to add “this has been such a treat for me as a performer and such a dream come true to be doing it as a soloist with the Cape Town Philharmonic Orchestra and the cherry on top was that I got to do it on my birthday!”