The 19th ASSITEJ World Congress & International Theatre Festival for Children and Young was officially opened on Wednesday night with an opening ceremony that showcased snippets from some of the wonderful productions on offer at the Festival.

The first theatre trailer was from Animal Farm (a WS pick of the day) and the cast evoked shrieks of laughter and recognition from the audience as they presented a parody of power run amok in a farmyard.  There are still a few tickets left for this production and I would highly recommend this for both young adults and their parents. 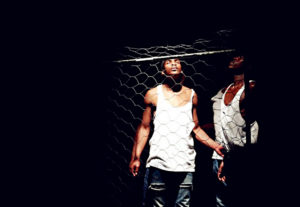 The excerpts from the different performances gave delegates a taste of what they have in store for them in the week ahead with some hard hitting truths about the hard realities of South African township life presented by the vast of Phefumla (pictured right). This is a collaboration between Wunderkamer Scenekunstproduksjn in Norway and is directed by Thando Doni who was also responsible for the opening ceremony.

Wednesday was the final day of the ITYARN conference and theatre makers, educators, writers and theatre critics engaged on topics including intercultural exchange and diversity. With papers presented from South Africa, Brazil and Denmark it became clear that there are several challenges to work which bridges the cultural divide, but equally immense rewards.

Tristan Jacobs from AFDA in Johannesburg explained his use of experimental methodologies in creating work with young people, particularly in a technological age, where they have so much access to technology. The simplicity of some of the techniques is precisely the antidote children could benefit from in our fast-paced world. 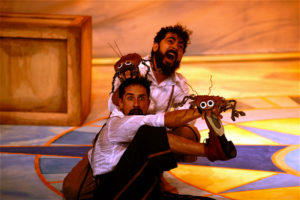 The experience of Paulo Meriso from Brazil who has co-produced a production with groups from Brazil, Mexico and Mozambique provided fascinating learnings.The end result can be seen at the festival and audiences are encouraged to book early for Zapato Busca Sapato (pictured left) which is suitable for children from the age of five.

Aglai Pusch has collaborated with Stefan Fischer Felsch and staged plays which focus on such diverse topics such as the fears of children, water issues and the retelling of an ancient Chinese tale from the point of view of a sick child. This collaboration between Brazil and Germany has not only resulted in several successful productions but its longevity has proved that collaboration is possible, despite funding and other challenges.

Once in a lifetime opportunity

Many of these partnerships and collaborations were forged at previous ASSITEJ international gatherings and I have no doubt that there will be many more resulting from this gathering. Producers, directors, actors and educators seem to take every possible available moment to share their vision and passion and if one could capture the energy present at the opening night, we would have a viable alternative to electricity

The festival is in full swing now with productions beginning each day and evening performances scheduled at some of the venues. Regardless of whether you have a child to accompany you or not make sure you don’t miss this truly once in a lifetime opportunity

Festival Pick of the Day 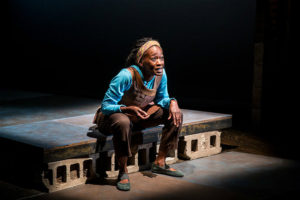 Seedfolks features narratives from the Newberry Medal Award-winning author Peter Fleischman. The story is of a young immigrant girl who transforms her local community from a barren dusty landscape to a garden of delight and wonder. Initially sceptical of her efforts, she wins them over and they join her in her quest to beautify the area. A story about inner city regeneration and the impact of migration, this is a tale of hope beautifully acted by Sonja Parks.

Where and when: City Hall, Baxter Theatre, Artscape Theatre and other venues