Disney has shared key cast highlights from the upcoming Disney+ African animated sci-fi anthology Kizazi Moto: Generation Fire. This is as part of Disney Television Animation, Disney Junior and Disney EMEA original productions’ unveil of a slate of animated programming to air across Disney+ and other Disney platforms at the Annecy International Animated Film Festival.

A Disney+ Original, Kizazi Moto: Generation Fire is a 10-part collection of premium original short films from creators from Zimbabwe, Uganda, South Africa, Nigeria, Kenya and Egypt, who will each bring their unique visions to audiences around the world. 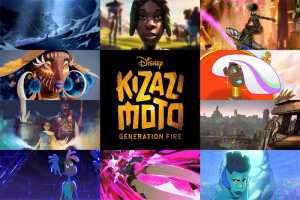 Set to premiere exclusively on Disney+ in late 2023, Kizazi Moto: Generation Fire brings together a new wave of animation stars to take viewers on a wildly entertaining ride into Africa’s future. Inspired by the continent’s diverse histories and cultures, these action-packed sci-fi and fantasy stories present bold visions of advanced technology, aliens, spirits and monsters imagined from uniquely African perspectives.

Orion Ross, VP Animation, Disney EMEA, comments: “The anthology has attracted incredibly strong actors and performers from across the continent, who are using their talents to bring a huge cast of characters vividly to life. We’ve got humans, robots, aliens, creatures and cosmic deities played by a brilliant constellation of African stars. They have given voice to the futuristic visions of a new generation of filmmakers, which the world will see and hear when Kizazi Moto: Generation Fire launches on Disney+ next year.”

Director Peter Ramsey (Spider-Man: Into The Spider-Verse) serves as executive producer for the anthology, with Tendayi Nyeke and Anthony Silverston as supervising producers. Triggerfish is the lead studio for the anthology. 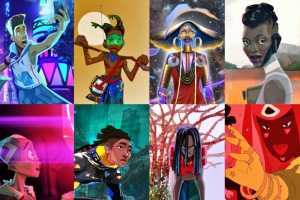 Each film will be roughly 10 minutes long, and together will comprise a feature-length anthology of original animation that will be released as a Disney+ Original across the globe.

Kizazi Moto: Generation Fire will premiere on Disney+ in late 2023.