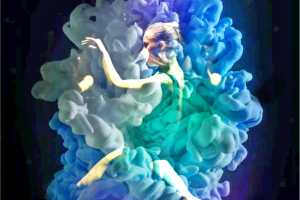 Bookings are open for Cape Town City Ballet’s winter season, which runs from 4 to 28 August 2022 at Artscape in the Opera House.

The programme features a thrilling line up of Romeo and Juliet based on William Shakespeare’s classic, tragic love story and choreographed by South African ballet doyenne Veronica Paeper, alongside an invigorating new triple bill IKIGAI inspired by the Japanese concept of Purpose, Happiness and Peace.

Select performances will star international guest artists, to be announced, and be accompanied by the Cape Town Philharmonic Orchestra.

The dream creative team is completed with Décor and Costume Design by Peter Cazalet and Lighting Design by Wilhelm Disbergen.

IKIGAI is an invigorating triple bill inspired by the Japanese philosophy of life purpose, life happiness and life peace. Suitably depicted in those ideas are ballets by three generations of award-winning choreographers: Jiří Kylián’s Falling Angels, Sir Frederick Ashton’s Les Patineurs and Kenneth Tindall’s Polarity, in collaboration with the artists of CTCB. IKIGAI will be presented from 17 to 28 August. 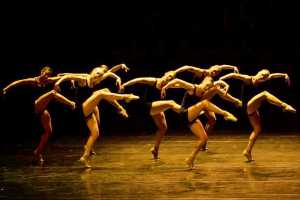 Falling Angels (pictured right, pic: Danie Coetzee) is one of Jiří Kylián’s mesmerising masterworks for eight women, bristling with the power of the female persona. Set to an hypnotic Steve Reich score and inspired by the percussive musical rituals of West Africa, Falling Angels is scintillating in its complexity and richness of movement.

Les Patineurs is staged for CTCB by Isabel McMeekan, who has performed around the world with The Royal Ballet and Birmingham Royal Ballet. She is currently participating in the Frederick Ashton Foundation’s shadowing scheme set up to train the Ashton repetiteurs of the future.

Award-winning, Kenneth Tindall’s Polarity is inspired by the suggestion that opposites are interconnected and everything is duel, a Yin and a Yang where harmony and balance emerges and where the outcome can only be peace. Tindall, who is Resident Choreographer and Director of Digital for Northern Ballet, created Polarity for Cape Town City Ballet in 2019, and excitingly returns to stage this new, extended version.