Dutch jazz violinist Tim Kliphuis is back in South Africa for a series of jazz and classical concerts in Cape Town and Pretoria. PETA STEWART speaks to him. 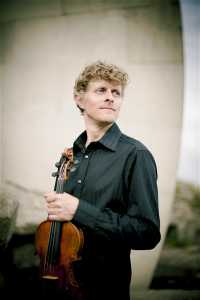 After completing a master’s degree in classical violin at the Amsterdam Conservatoire,  Dutch violinist Tim Kliphuis studied with the European Sinti gypsies, learning a style of violin playing that has turned him into a master jazz violinist with a following around the world.

Kliphuis is bringing his trio to Cape Town for one concert with the Cape Town Philharmonic on 27 September 2019, at which his new CD with the CPO and Stellenbosch Camerata will be launched, and another in Pretoria two days later.

5 double tickets are up for grabs for Tim Kliphuis’ show at Cape Town City Hall on 27 September 2019. To enter, e-mail shirley@cpo.org.za with “Tim Kliphuis Tickets” in the subject line by 24 September. Good luck!

It was hearing a Stéphane Grappelli album that sent Kliphuis towards the gypsy violin, and he has become better known today than Grappelli, who died in 1997.

While at the Conservatoire, Kliphuis admits to studying Grappelli secretly, since he was committed to classical studies. “Grappelli would never teach jazz violin as he had learnt it himself intuitively. However, he had some very good advice for me which was ‘play your own music, not mine’,  – saying I shouldn’t focus on 1930s jazz as a 21st century musician but make my own music instead. It was a long journey to get the point where I could combine jazz and classical in a meaningful way, which is what I always wanted to do, as my heart is with both styles,” he explains.

Tim’s neighbour, Johannes Lievaart, was a violin teacher in Utrecht, where he grew up and when he was seven took his first lesson with him. After all these years, and with Lievaart in his eighties, Kliphuis is delighted to say he is still going strong.

In 1999 Kliphuis joined a quintet with Fapy Lafertin, “the doyen of guitar gypsies in Europe, a legend”, he says. “I was lucky to learn in his group. However, I soon noticed that the large rhythm section gave me very little freedom. I tried drummers and percussionists for a while in my own groups, but the sound didn’t agree with my acoustic violin. When I found Nigel Clark (guitar) and Roy Percy (double bass) it just clicked. In a trio, when you’ve worked together for more than a decade, you get the chance develop telepathy. The trio has that in spades!” he laughs. 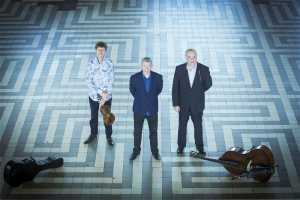 Composition was an almost simultaneous step on his musical journey.

”I worked with famous accordionist Richard Galliano in Lebanon in 2010 and we played a number of his great compositions. This inspired me to find my own voice in composing. The Violin Concerto I recorded with the CPO last year is the first original orchestral piece I have written, and was a commission from the Omsk Philharmonic in Russia. It was a big leap of faith but it’s paid off – I am being asked to compose other large scale pieces now,” says Kliphuis.

His new Double Concerto for Violin, Piano and Orchestra will be premiered at the Tchaikovsky Festival in Izhevsk in Russia in April 2020. He is also working with the trio on a new big piece that will “blow people’s minds…”

Kliphuis  has authored the best-selling  “Gypsy Jazz Violin” and also teaches improvisation!  “This embraces classical, jazz, folk … any style really. It is the glue between genres, and a way of showing it’s all ‘music’. I focus on the string instruments and am happy to work with the best players in Amsterdam.”  He also lecturers all over and has his own summer school, the international Grappelli-Django Camp in De Glind, Holland.

Earlier this year, Kliphuis experienced one of the highlights of his professional life – the trio had its debut at the Concertgebouw main hall.  He is quick to add that the CPO concert where he plays as well as conducts is also going to be a “pretty amazing highlight”.  Others include performing for the Dutch King and at the Django Reinhardt Festival in France.

Kliphuis has been coming to South Africa for the last 10 years and decided to record his second CD here. It will be available in Cape Town from Peter Kramer’s Classics4U / classics.ctn.@music4u.co.za . On sale also will be his first CD with his arrangement of Vivaldi for Trio.

The Cape Town concert will also feature his Sheba’s Tiger for Trio, the Bach/Kliphuis Reimagined Brandenburg, a suite in seven movements  which he recorded with Stellenbosch Camerata,  his own Violin Concerto,  and a piece by Duke Ellington which he arranged, Caravan.  Of course there will be an encore or two.  In Pretoria the trio will play a similar programme, with some Vivaldi, Fauré and Grappelli thrown in.