His death closes an important era in dance history of the South Africans who succeeded in becoming international dance figures – despite their lives beginning, and their training taking place, during apartheid. 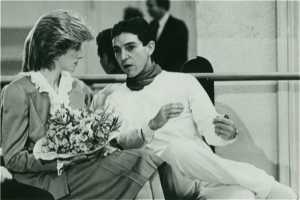 But who was Harold King? What did he achieve? Why is his death causing such deep sorrow  – both here and in countries around the world?

King’s birth is recorded in Durban as 13 May 1949. At six his ballet training began under Minnie Sapieka and continued at UCT Ballet School. There, nurtured by Pamela Chrimes, Richard Glasstone and June Hattersley, a year after leaving Sea Point Boys High School David Poole invited him to join CAPAB Ballet Company.

Poole cast him quickly into solo roles but, after completing his one year compulsory military service, King moved to London for further study. A male dancer with King’s ability is soon spotted and it wasn’t long before Western Theatre Ballet snapped him up, and his career blossomed after WTB transferred to Glasgow as Scotland’s National Ballet.

Choreographers of  Peter Darrell and Jack Carter’s ilk created roles for him, television work came his way, and he ventured  into choreography in 1973 when  he wrote Partie de Campagne for NBS.

That year King briefly returned to CAPAB Ballet to produce and perform the pas de deux in Bournonville’s The Flower Festival in Genzano, and undertake a teaching stint at an RAD Special Week alongside great Russian teacher Vera Volkova. 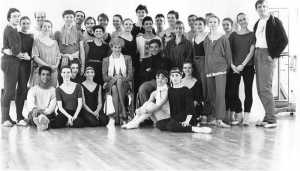 His return to NBS marked his freelance dancing, teaching and choreographing career. A career he successfully maintained until, in 1978, with nine dancers on his (blank) payroll, he founded London City Ballet. LCB had no sponsorship, no funding, no home but King had immense faith that the repertoire he could offer to ‘out of town’ audiences would appeal and LCB would survive.  And survive it did. Not simply because LCB’s company’s repertoire and high production standards found a niche in Britain. His success obtaining Princess Diana as LCB’s Patron (pictured above), proved a strong drawcard for sponsorship and fund-raising events. If money didn’t exactly flood LCB’s coffers, enough found its way to build the company to 42 dancers and to survive, against many odds, for a further 22 years. Tragically, Princess Diana’s death put paid to LCB’s funding causing the company’s demise in 1998.

After London City Ballet’s collapse, a disheartened King contracted to Spain’s Ballet de Zaragoza for what proved to be an unhappy period as artistic director. Back in Cape Town King’s fortunes dipped further when his post as Cape Town City Ballet’s fund raiser abruptly ended and, his ‘older folk’s’ ballet classes failed. A period lecturing to Queen Mary 2nd’s passengers perked King’s spirits up before poor health (not helped by his penchant for tobacco and fruit of the grape) forced his return to London. 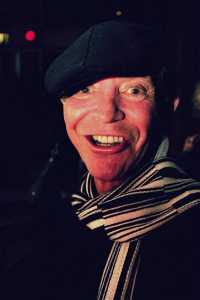 The above maps out parts of Harold King’s professional career, but what of the man himself?

From tributes on Facebook Mbulelo Ndabeni’s perhaps gives the best insight into Harold King, one of South Africa’s quietest greats: “He called me the African King and I called him My Jewish Princess D. There is so much I can say about him, the laughter, the outrageous, honest and refreshing discussions we’ve had which I will miss, but I also know his light is a seed planted in me long time ago therefore his presence lives through me. Rest in Power. Ndiyabulela Princess D ngobomi bakho.”

Amanda Armstrong wrote: “Such happy memories of Harold, a very funny and generous man who gave so many of us enormous opportunities and invaluable experience early on in our careers. So grateful!”

Marius Els said: “In a more serious moment I reminded Harold about the tremendous opportunities he gave so many dancers, and in that moment his face lit up and with a sort’ve surprised realisation he responded ‘I did, didn’t I?’ A fortunate man – Harold King died knowing he’d performed his job on earth well.”

Harold King’s friends are invited to share their memories of this most human of human beings at Temple Israel Green Point Wednesday 29 January 5.30pm.