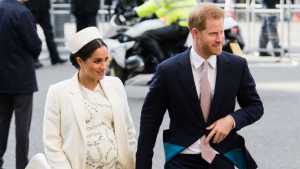 In this one-hour special, royal experts investigate the Duke and Duchess’ relationship, as well as look at how Meghan has been handling her first pregnancy in the public eye.

As the world has become obsessed with the royal couple, it’s also apparent that tabloids and media have been taking note of everything that the mother-to-be wears, how she acts and how she compares to Kate Middleton.

“I believe that there is a jealous streak in Meg,” Samantha says of the constant comparisons between Meghan and Kate and what they wear. “She does like to be the centre of attention. I feel like that’s a part of what is happening now.” 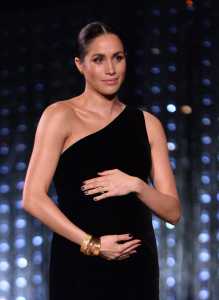 When it comes to her estranged sister having a nanny at their new Frogmore Cottage, Samantha says, “I think she will definitely get a nanny. Meghan is very strong-minded, and there will definitely be a butting of heads, but Meghan could learn and grow from that. So if the nanny is strong enough, then she won’t be left in tears.”

The special also touches on how Meghan and Harry’s child will most likely stray from the traditional royal children attire that people have seen Prince George and Princess Charlotte dressed up in. Samantha concludes her portion by explaining that she thinks it’s important that children have a bigger sense of their family and where they come from.

“I would like to think that this child would have access to the best parts of granddad … and get to know that side of the Markles,” she says.